Home / WORLD / ‘We said: Inshallah’: US sanctions fail to prevent Iran from selling record amount of crude to energy-hungry China 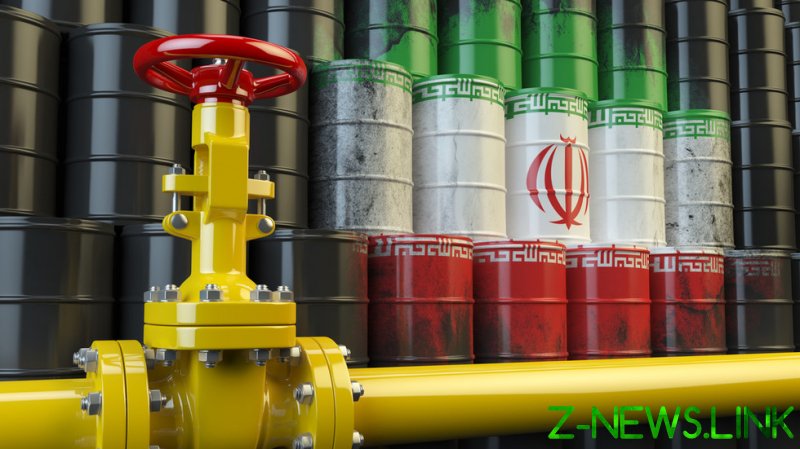 China has never halted imports of Iranian crude completely, despite the US sanctions, with most shipments reportedly being indirect, officially identified as oil from the other Gulf states.

The Islamic republic has shipped some 17.8 million tons of crude to Chinese ports over the past 14 months, with volumes hitting historic highs in January and February, according to Refinitiv Oil Research, the energy-focused unit of the global provider of financial market data and infrastructure Refinitiv, as quoted by Reuters.

Nearly 75 percent of those volumes were moved through Oman, the United Arab Emirates and Malaysia, while the remaining 25 percent entered Chinese ports officially marked as Iranian cargo.

“Volumes started to surge from the last quarter of 2020, with Shandong province as the top receiving region, which indicates independent plants are the main consumers,” Emma Li, a Refinitiv crude flows analyst, said, as quoted by the agency.

The expert added that tankers full of Iranian oil used to switch off transponders while loading, to avoid detection, and became traceable only near ports in Oman, the UAE and Iraq. Most of the financial transactions were reportedly conducted in Chinese yuan or in euro, to bypass US scrutiny.

“Iran is a friendly nation to China and the two nations have maintained normal exchanges and cooperation. The cooperation between China and Iran under the framework of international laws is both reasonable and legitimate, and deserves respect and protection,” the Spokesman’s Office of China’s Ministry of Foreign Affairs told the media.

Meanwhile, Indian refiners have reportedly added Iranian crude to their annual import plans, in the belief that the US administration headed by Joe Biden will ease anti-Iran sanctions in the near future.

”When the unjust US sanctions are lifted, Iran will be able to sell its oil to any country, and I can assure you that many contracts will be signed,” the media cites an official at the country’s Oil Ministry as saying.

“They talked to us. They said: ‘very soon they hope to resume oil supplies.’ We said: ‘Inshallah’ [God willing],” said one source at an Indian refiner.

China and India are ranked as the world’s second and third largest consumers of oil, after the US.