Home / WORLD / ‘We may find signs of life on other planets in next 5 to 10 years’ thanks to powerful new telescope, claims researcher

‘We may find signs of life on other planets in next 5 to 10 years’ thanks to powerful new telescope, claims researcher 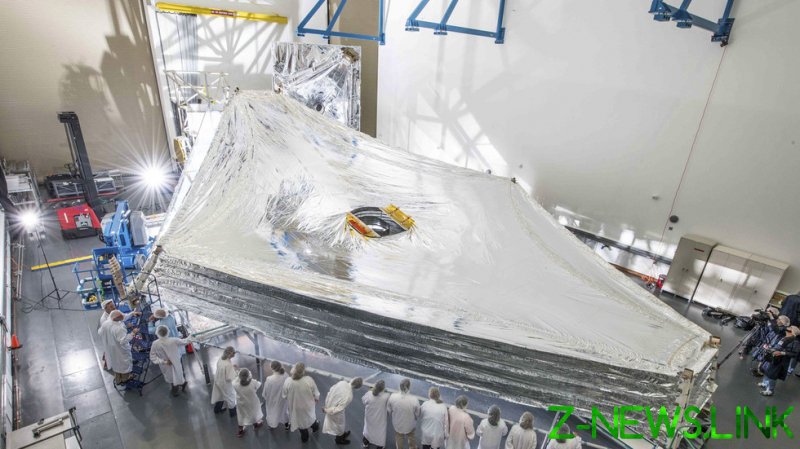 Due to launch in October 2021 after years of delays, the new cutting-edge telescope could allow humanity to detect life signs on distant planets in as little as 60 hours, according to early calculations.

“What really surprised me about the results is that we may realistically find signs of life on other planets in the next 5 to 10 years,” said Caprice Phillips, a graduate student at the Ohio State University.

Phillips is due to present at the 2021 APS April Meeting on Sunday, to discuss exactly how the new eye in the sky might detect biosignatures on distant gas dwarf planets, which include both super-Earths and mini-Neptunes.

Phillips calculated that once the James Webb Space telescope becomes operational after its expected launch in October, it could detect ammonia signatures on approximately six gas dwarf planets in a matter of just a few orbits.

The presence of ammonia is just one potential biosignature that astrobiologists consider in the ongoing search for life elsewhere in the universe, but the JWST’s improved infrared resolution and sensitivity and wider array of investigative long-range sensors will afford humanity an unprecedented view of the universe around us.

Gas dwarfs are among the many contenders that could well host the first life humanity might encounter outside of our own pale blue dot and the JWST could well be the tool that brings us into a new era of space exploration.

Phillips and her colleagues have already produced a ranked list of top contenders for the highly advanced telescope to inspect, based on their estimated cloud cover, chemical composition and atmospheric conditions.

“Humankind has contemplated the questions, ‘Are we alone? What is life? Is life elsewhere similar to us?’” Phillips says.

“My research suggests that for the first time, we have the scientific knowledge and technological capabilities to realistically begin to find the answers to these questions.”

The JWST will peer into the distant past by observing far-away galaxies and other remote objects out in the wider universe, so even if it doesn’t find alien lifesigns right away, it will help humanity answer other fundamental questions about the origin and nature of the universe.