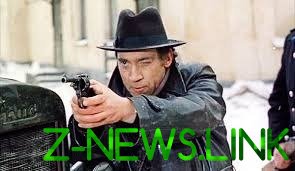 “We have to talk about”

The FBI is asking customers to share information that could help in “combating the threats”. As an illustration, to post the attached frame from the film “meeting Place cannot be changed” in which Vysotsky played the role of captain of Moscow criminal investigation Department Gleb Zheglov.

In the picture there is a logo and the acronym FBI and the inscription in Russian: “the meeting Place cannot be changed. We have something to talk about. We also love Vysotsky”. Clicking on a photo opens the page of the departments in which users are encouraged to contact the regional office of the Bureau. Thus, the Agency is recruiting Russian-speaking informants.

This is not the first time the FBI advertises in Russian. Earlier three version of the ad, calling for the cooperation the Agency launched in October last year. The first option was to post the attached picture of a chessboard with the words “isn’t it time to make your move?”, the second photo of the walking man with the words “Time to build bridges”. On the third photos were two adults and a girl with the words “for the Sake of your future, for the future, vashy seme!” (spelling retained. — RBC).