Home / WORLD / ‘We have to solve it’: Spurs boss Nuno Espirito Santo hopeful of Harry Kane U-turn as he says star is available for Man City clash

‘We have to solve it’: Spurs boss Nuno Espirito Santo hopeful of Harry Kane U-turn as he says star is available for Man City clash 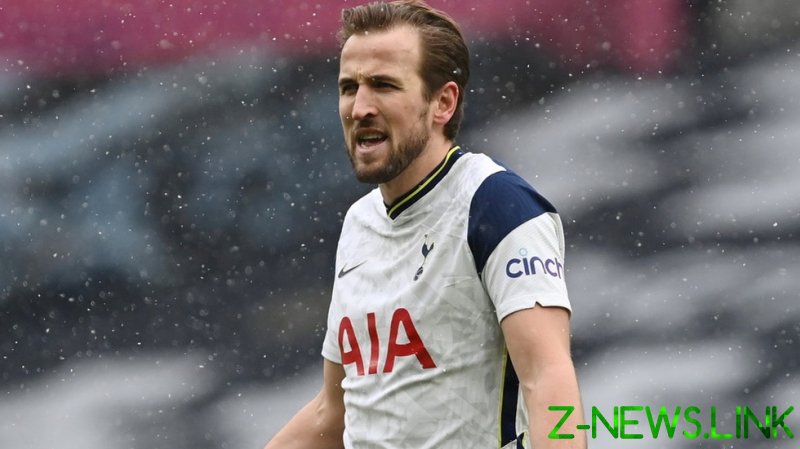 Kane launched a scramble for his signature when he appeared to have gone AWOL from the club’s pre-season preparations after declaring his desire to leave the club several months ago.

City and Guardiola are thought to be top of the queue for the England captain’s services should he be granted his wish to leave, despite the player signing a bumper six-year deal to remain with the club after the 2018 World Cup.

There were unsubstantiated rumors of a so-called ‘gentleman’s agreement’ between Kane and Spurs chairman Daniel Levy in which Kane was reportedly under the impression that he would be allowed leave the club should a substantial offer come in for the player who has scored 166 goals in 245 appearances in his time in north London.

The situation took a turn a week ago when it was reported that Kane was absent from Tottenham’s pre-season training and was summarily fined by the club – but he has since returned to London and is currently in quarantine at the club’s training ground hotel.

Santo, who replaced Jose Mourinho as Spurs boss this summer, has planned crunch talks with Kane and he says will be available for selection in the Premier League clash with his suitors, hastening rumors that Kane won’t be granted his wish to leave the club unless a gargantuan offer is received.

“Yes, it’s true. Harry is with us,” said Nuno. “He has to quarantine. He is in [Spurs] Lodge but he is training. He has already made the first day with the sports scientists. He is with us. Good.

“We expect to integrate Harry when he follows all the protocols that we have to apply.

“We have processes and we have to be very strict and not take any chances as one of the things, as everyone has learned, is the pandemic is still here, so we have to be really careful.

“All the players in the squad that work on a daily basis will be options for us, then it’s up to us to decide.”

The content of those discussions will likely be tabloid fodder for the coming days – all the way up to Sunday’s match.

It is thought that Tottenham and their notoriously tough-negotiating chairman won’t accept less than a sum of around $208 million for Kane, which would make Kane the third most expensive footballer in history and dwarf the previous record set just days ago – by City – when they plucked Aston Villa captain Jack Grealish from his boyhood club for a sum of more than $138 million.

“First of all, we have to speak,” Santo added. “This is going to happen, and after that we hope to solve all the situations.

“It’s not about that [Kane’s late return[, it’s about what we have to do to solve the situation – this is important.

As for Guardiola, he has remained somewhat coy in his pursuit of Kane, admitting that he wants to add him to his ranks but saying that nothing can be done without Tottenham and Levy’s approval.

“He is a player for Tottenham Hotspur and if Tottenham don’t want to negotiate, it is finished,” said Guardiola.

One suspects that Harry Kane is very much hoping that where there is a will, there is a way – lest he become football’s most high profile outcast at the club at which he has spent his entire career.