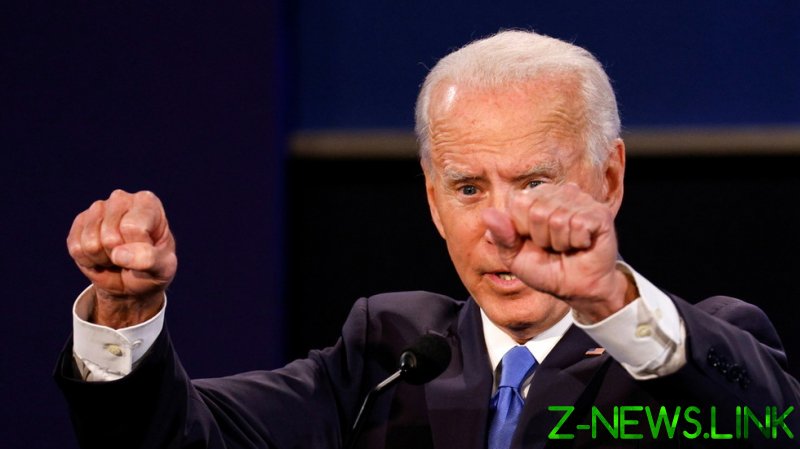 Calling Kim a “different kind of guy” during a discussion on North Korea, Trump touted his ability to talk to the controversial leader and said his civil relationship with him has helped the two countries avoid a nuclear war.

“We’re not in a war. We have a good relationship…Having a good relationship with leaders of other countries is a good thing,” Trump said during the Thursday night debate. Biden slammed the president for meeting with Kim, who he called a “thug” before bringing Hitler into the discussion.

“That’s like saying we had a good relationship with Hitler before he, in fact, invaded Europe,” Biden replied, before correcting himself by saying, “the rest of Europe.”

That correction, however, paled in comparison to the Hitler comparison which has left many scratching their heads in bewilderment on social media.

“What history book is he reading?”asked radio host Janet Parshall.

“When did President Roosevelt have a good relationship with Hitler?” journalist Michael Graham added.

Asked what his own relationship with Kim would be if he were elected president, Biden said he would refuse to meet with him unless the “Korean Peninsula” becomes a “nuclear free zone.”