Home / WORLD / ‘We don’t know’: Months after ruling out lab leak as origin of Covid-19, US intel agencies say it’s one of two ‘likely scenarios’

‘We don’t know’: Months after ruling out lab leak as origin of Covid-19, US intel agencies say it’s one of two ‘likely scenarios’ 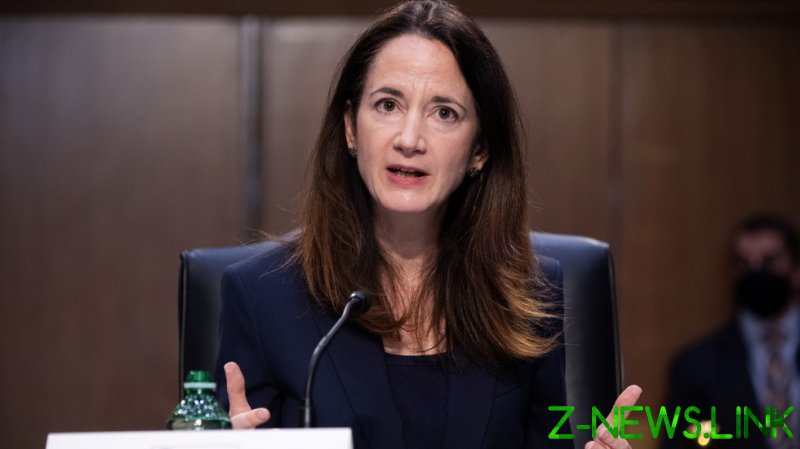 “The US intelligence community does not know exactly where, when or how the Covid-19 virus was transmitted initially but has coalesced around two likely scenarios: either it emerged naturally from human contact with infected animals, or it was a laboratory accident,” a spokeswoman for the Office of the Director of National Intelligence (ODNI) said in a statement on Thursday.

The statement came one day after President Joe Biden said that two factions of the intelligence community had backed one theory for how the pandemic began, while one faction backed a second theory. He called for intelligence agencies to pinpoint a cause with more certainty and report back to him within 90 days.

Unlike Biden’s, the ODNI statement spelled out the two theories specifically. Investigators are assuming that a lab leak would have been accidental. The DNI didn’t specify why it had ruled out an intentional leak. It also was careful not to mention either China or Wuhan, where the pandemic is believed to have begun.

But ODNI claimed a different view last year, saying that US intelligence agencies “concur with the wide scientific consensus that the Covid-19 virus was not man-made or genetically modified.” Director of National Intelligence Avril Haines acknowledged last month in Senate testimony that a lab accident was a possible cause.

Biden on Wednesday sounded a more urgent tone on the Covid-19 origin issue – just hours after CNN reported that he had torpedoed a State Department investigation of the Wuhan lab-leak theory that began last fall, when Donald Trump was president. With more reports surfacing about Wuhan scientists being sickened with Covid-like symptoms, even such media outlets as the Washington Post, which mocked the lab theory last year, acknowledged in recent days that it has suddenly become “credible.”

The Senate voted unanimously late Wednesday to order ODNI to declassify all intelligence related to the origins of Covid-19, including the possibility that it leaked specifically from the Wuhan Institute of Virology.

Trump reacted to the shifting political winds on Covid-19 on Tuesday, saying, “Now everybody is agreeing that I was right when I very early called Wuhan as the source of Covid-19, sometimes referred to as the China Virus.”

After months of effectively being a fringe topic, if not taboo, for Americans, the lab theory is now even considered acceptable conversation on social media. Facebook said on Wednesday that it will no longer censor posts claiming that Covid-19 was man-made or manufactured.

While Biden has tasked the intelligence agencies with drafting up “questions” for China on the origins of the virus, Beijing has already responded to the suggestion its lab was responsible for the start of the pandemic by calling it a “conspiracy.”

The US should reflect on its own role in the pandemic and not “dump” responsibility on China alone, Chinese Foreign Ministry spokesman Zhao Lijian said on Thursday. He also countered the Wuhan accident claim with a reference to yet another theory, which claims Covid might have escaped from the US Army’s flagship bio-defense lab in Maryland in 2019.

“The Fort Detrick base is full of suspicions,” Zhao said. “There are more than 200 biological laboratories in the United States spreading around the world. How many secrets are there?” He noted “unexplained respiratory illnesses” at the base in July 2019 and even suggested the World Health Organization might want to investigate the incidents there.