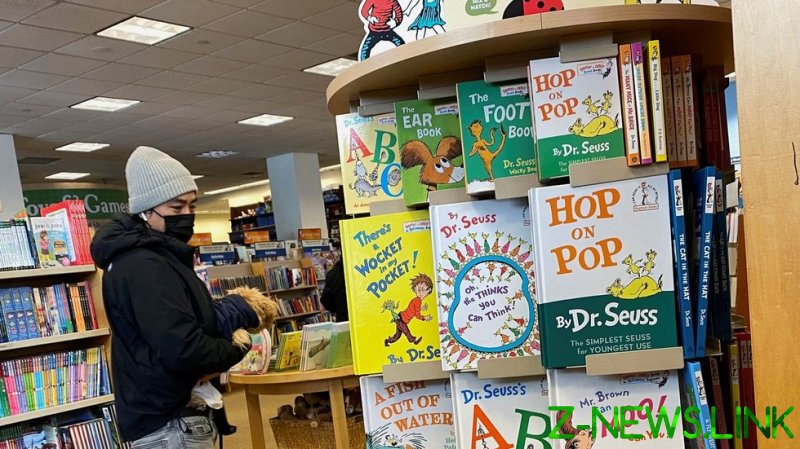 “As with all public libraries the New York Public Library does not censor books,” spokeswoman Angela Montefinise said of the Seuss books in question, the New York Post reported on Wednesday.

Six titles – including ‘If I Ran the Zoo,’ ‘And to Think That I Saw It on Mulberry Street’ and ‘Scrambled Eggs Super!’ – have been blasted as politically incorrect for supposed racial and ethnic stereotypes, and the company behind their publication announced this week the books will no longer be printed or licensed to third parties.

The copies in the New York Public Library will remain in circulation and available until they “are no longer in acceptable condition,” Montefinise said. She added, however, that the recent controversies around the books will be considered by librarians when they are recommending books, creating displays, or conducting storytimes for children.

Despite accusations of “hurtful stereotypes,” there has been strong pushback against the seeming censorship of Seuss’ work, and since his six titles were pulled from publication, sales of the beloved books have jumped dramatically on Amazon.

In addition to the New York Public Library, which serves Manhattan, the Bronx, and Staten Island, the Brooklyn and Queens Public Libraries also keep the books in circulation.

The Denver Public Library in Colorado also revealed this week they were choosing to keep the books on their shelves, saying to the Denver Post in a statement, “The freedom of choice in what a person decides to read is here to stay and the value of reading for any child is critical in their development.”

Seuss’ work has not received the same support from the White House. President Joe Biden bucked trends set by his predecessors this week when he left the author off the ‘Read Across America’ proclamation, an annual celebration encouraging reading to children. Both Biden’s presidential predecessors Barack Obama and Donald Trump highlighted Seuss’ work in their proclamations while in the White House.