Home / WORLD / ‘We are totally united on it’: England boss Southgate says his side are ‘prepared to ignore’ any boos to take knee at Euro 2020

‘We are totally united on it’: England boss Southgate says his side are ‘prepared to ignore’ any boos to take knee at Euro 2020 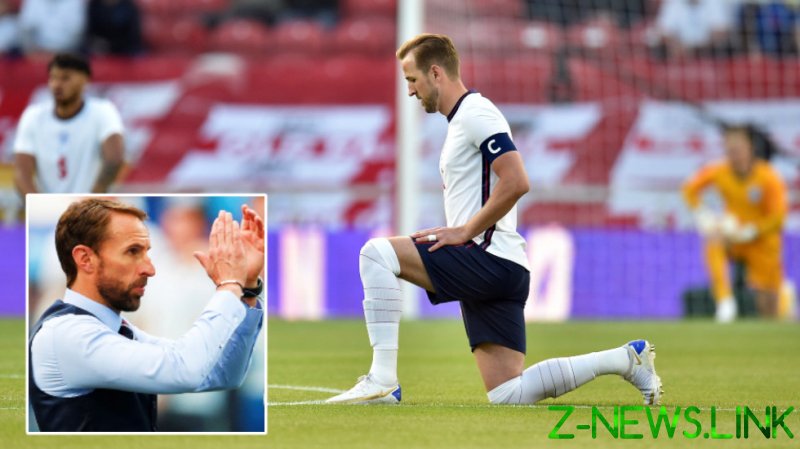 Some sections of the crowd at Middlesbrough’s Riverside Stadium could be heard jeering the England team as they took a knee prior to their 1-0 friendly win against Austria in midweek – a scene which has also been witnessed at several Premier League grounds across the country since fans were allowed back into stadiums in recent weeks.

The practice has been commonplace throughout the sport since the wave of protests which took place following the death of George Floyd last year but has come increasingly under the spotlight lately due to negative fan reaction.

Regardless of any boos that might come his team’s way during Euro 2020 – which will partly take place on English soil – Southgate says both he and his squad are fully committed to continuing to take a knee and will do so once again at the Riverside prior to Sunday’s friendly encounter with Romania.

“The most important thing for our players is to know we are totally united on it, we are totally committed to supporting each other,” Southgate told the media on Saturday.

“We feel, more than ever, determined to to take the knee through this tournament. We accept that there might be an adverse reaction – we are just going to ignore that and move forward.

“I think the players are sick of talking about the consequences of ‘should they, shouldn’t they?’

“They’ve had enough, really. Their voices have been heard loud and clear, they are making their stand but they want to talk about the football.“

England midfielder Kalvin Phillips, who was an unused substitute against Austria, had a full aural experience of the booing which rang out before the game and said afterwards that he was “confused and disappointed” by the reaction to the team taking a knee.

“I was just happy that the boos got cancelled out by the fans cheering in the end, but I don’t think it’s a great situation, especially for us players,” said Phillips.

“The lads spoke about it afterwards and we came to the conclusion that no matter what happens around it, we’re still going to participate in kneeling – and I think that’s a great idea.”

In further comments to BBC Five Live, Southgate doubled down on his stance and said that his England team aren’t prepared to take a backward step to placate the boo-boys.

“We did discuss if there is a better way of doing this. Is there more of an impactful way now of doing this?” said the England boss.

“Perhaps moving forward there probably is, but at this moment in time, given what happened the other day, we were not prepared to make a backward step.

“We feel that would be wrong and we would be bowing to pressure from outside and we don’t think that is appropriate. We are united on that as a full team.“