Home / FUNNY NEWS / We are not to blame: the Russian defense Ministry denied the ridiculous fake photos

We are not to blame: the Russian defense Ministry denied the ridiculous fake photos 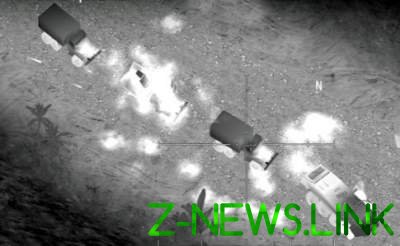 Guilt “piled up” in a negligent employee.

The defense Ministry said that in respect of the employee mistakenly attach photos with screenshots video games important message about the refusal of the USA to fire at ISIS, is checked.

“The defense Ministry conducts a review in respect of a civilian employee of one of divisions, mistakenly attach the photographs to the statement by the defence Ministry on the interaction of the US-led international coalition and the militants of the “Islamic state” in the area of BU-Kamal (Syria)”, – said the Ministry of defense, their is quoted by TASS.

In this case the message about the refusal of the US command to strike on November 9 for the columns of ISIS terrorists retreating in the area of BU-Kamal, is an objective fact, reported in the defense Ministry.

Earlier the defense Ministry reported that the US refused to strike at militants on the Syrian-Iraqi border, and published photos of a column of terrorists. However, Internet users noticed that the photos are screenshots taken from a computer game AC-130 Gunship Simulator: Special Ops Squadron.