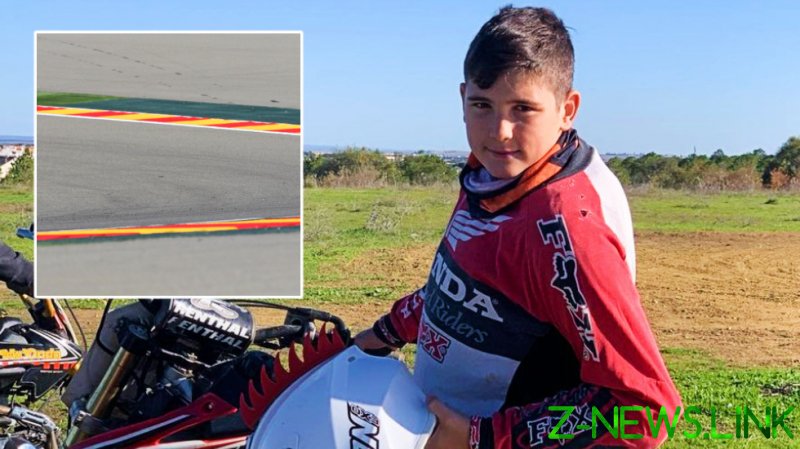 Hugely popular Millan was hit by another rider as he raced at the MotorLand Aragon Circuit in his homeland, having started in second place.

Organizers said the youngster had been run over after he was grounded in the middle of the track during the second lap of the European Talent Cup race.

Despite several riders managing to avoid Millan as he tried to recover and move out of the way, he is said to have been hit straight on by rival Oleg Pawlec.

Millan reportedly stayed motionless on the ground initially. Pawelec is said to have escaped serious injury and left the track on his own.

Doctors attended to Millan before he was taken to the track’s hospital and later transported to a separate hospital by helicopter.

“Millan was involved in a multi-rider incident at Turn 5, with the session immediately red flagged,” said FIM CEV Repsol, offering their “deepest condolences.”

“The Medical Intervention Vehicles arrived at the site immediately and the rider was attended to on track before being transferred to the Medical Centre at the Circuit.

“Despite the best efforts of the circuit medical staff, the Medical Centre has announced that Millan has sadly succumbed to his injuries.

“Millan was enjoying his most successful season so far in the FIM CEV Repsol, claiming several podiums to demonstrate his consistency as he competed at the front of the class.”

Marquez wrote: “RIP, Hugo Millan. My most sincere condolences to his family, friends and team.”

Millan had spoken of his excitement ahead of the race and told his thousands of social media followers after his previous outing: “Sometimes you win, sometimes you learn, but surrender – never.

“Time to work even harder. The goal is near. Thank you all for your love and support

“I will continue fighting for my goal and learning each race. For the next one, more and better.”