Home / WORLD / ‘We are BACK!’: UFC 261 to take place with FULL CROWD in Florida as Usman vs Masvidal II to headline

‘We are BACK!’: UFC 261 to take place with FULL CROWD in Florida as Usman vs Masvidal II to headline 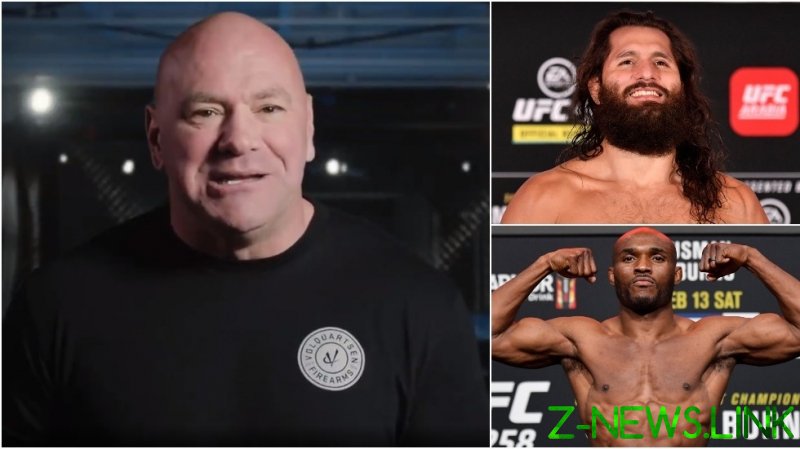 White announced that 15,000 fans would be able to watch the action at the VyStar Veterans Memorial Arena in Jacksonville, where there will be three title fights including the main event rematch between reigning men’s welterweight champion Kamaru Usman and Miami fan favorite Jorge Masvidal.

“I have been waiting a year for this day to tell you we are back,” White said excitedly in a Twitter video.

“UFC 261 on April 24 will be in Jacksonville, Florida, with a full house of fans – full capacity at the VyStar Veterans Memorial Arena.”

“This is a stacked card in front of 15,000 UFC fans,” White exclaimed. “Ladies and gentlemen, we are back!”

The event will be the first since UFC 248 on March 7, 2020, to take place in front of a crowd with no capacity limit.

During the initial days of the pandemic, the UFC put on several shows in Jacksonville but without fans in attendance.

Since then it has alternated between hosting shows at its own Apex venue in Las Vegas and the purpose-built facilities on ‘Fight Island’ in Abu Dhabi.

The lightweight bout between Conor McGregor and Dustin Poirier in January at the Etihad Arena in Abu Dhabi allowed a limited number of fans in, but the venue was far from capacity. 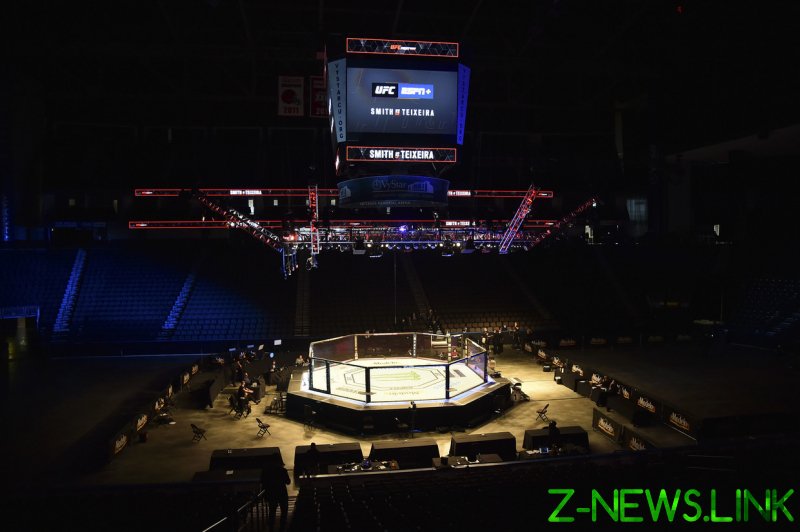 The VyStar Veterans Memorial Arena in Florida will next time be packed with fans. © USA Today

Headlining proceedings in Florida will be the rematch between Usman and Masvidal. The pair met on Fight Island at UFC 251 last July, with ‘The Nigerian Nightmare’ defending his title with a dominant unanimous decision victory after Masvidal had stepped in to take the fight at six days’ notice when original contender Gilbert Burns tested positive for Covid-19.

Usman has since defeated Burns to extend his perfect UFC record to 13-0, while Masvidal – who is 14-8 in the UFC – will be returning to the octagon for the first time.

Both men reacted to the news on Twitter, with Masvidal simply writing “you’re welcome” and Usman posting a dance clip.

Florida has relaxed many of its Covid restrictions and Republican Gov. Ron DeSantis has prohibited municipalities from fining people who refuse to wear masks.

“While so many other states kept locking people down over these many months, Florida lifted people up,” DeSantis said in his State of the State address earlier this month.

Around 25,000 fans were in attendance when the Super Bowl took place at the Raymond James Stadium in Tampa on February 7.