Home / WORLD / ‘We are afraid’: Kabul residents uneasy as Taliban closes in on Afghan capital, slam Biden for withdrawing US troops

‘We are afraid’: Kabul residents uneasy as Taliban closes in on Afghan capital, slam Biden for withdrawing US troops 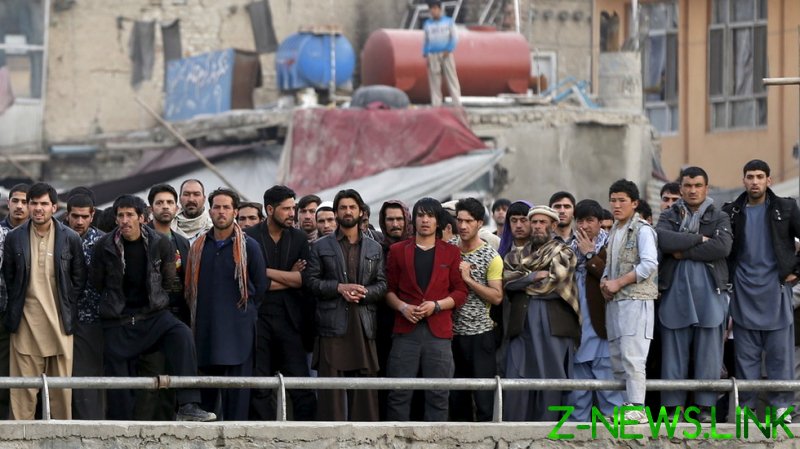 “Yes, for sure we are afraid of them, as the cities are falling day by day. The capital may also fall after some time,” one of the locals told RT’s Ruptly video agency.

A large-scale offensive by the Taliban in recent weeks has seen the radical Islamist group gaining control of around 60% of Afghanistan’s territory, with dozens of provincial capitals falling to the militants. On Friday, they captured Pol-e Alam, the main city of Logar province, which put them just 50km (30 miles) away from Kabul.

The offensive is taking place amid the withdrawal of the US and NATO forces, which have been in Afghanistan for two decades, supporting the government in its fight against the Taliban but ultimately failing to propel it to a decisive victory. President Joe Biden has ordered the pullout to be completed by August 31.

Another local man lashed out at Biden for this decision, calling it “irresponsible” and adding some harsh words about the US leader.

“The person who is in charge… who is the president of America, he is not a good person, and he is harmful for America, for the world, but 100% for Afghanistan,” he insisted.

Kabul residents have serious doubts about the ability of the Afghan military to defend the city without assistance from the US forces.

“Why is there no weapon support for our security personnel? Why are they not supported at night? Why are their families hungry and their salaries not paid? They are being martyred on the frontlines – they have to retreat or give up because the equipment fails,” the same person wondered.

The locals’ concerns are apparently shared by Western governments, which have been hastily evacuating their embassy staff from the city in recent days. Earlier this week, Reuters published an intelligence assessment by an unnamed US official, who warned that the Taliban may “isolate” the Afghan capital within a month and take full control of it within 90 days.

Even if Kabul withstands the Taliban’s onslaught, the life of the people inside the city of 4.2 million is set to get much harder.

“The borders will be blocked and the food prices and goods prices will go up. Surely, it will affect us – the people are poor,” one of them complained.

Another man pointed to the worsening situation in the capital, where many Afghans have been seeking refuge from the advancing militants. “Several provinces fell and they are trying to come here… a lot of people left their homes. They are in the parks and the mosques. There is not enough space here.”

But, of course, there’s always hope for the better. “May the war end peacefully,” one of the locals said. He feels there’s still a chance that foreign mediation could see the government and the Taliban agree a peace treaty that would allow the country to avoid decades of strife. “But what happens should be led by the Afghans. If any power is going to be elected, the Afghans must elect it.”