Wayne Dupree: Your disgraceful contempt for America’s military is plain to see, Kamala Harris. We won’t forget this non-salute 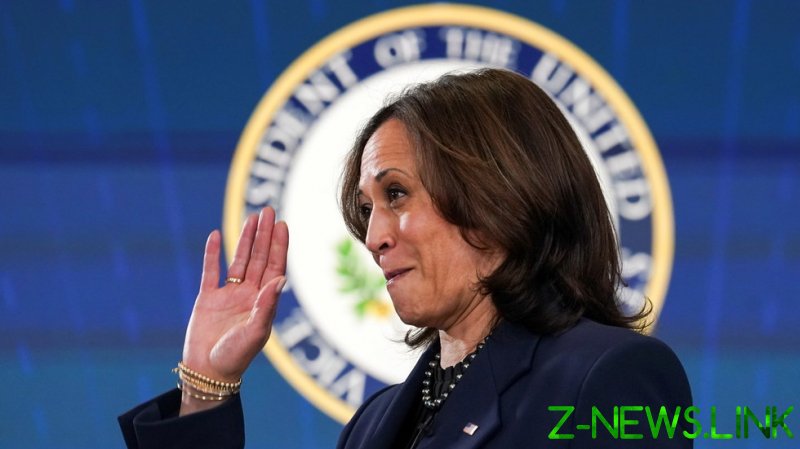 On Monday night, America’s first female and black Veep chose to ignore the salute given to her as she boarded her official aircraft, thus causing a major backlash from those on the political right. Harris’ precedent-breaking (in)action was in stark contrast to her immediate predecessors, former Vice President Mike Pence, and her now boss, Joe Biden, each of whom regularly saluted the honor guard in the same situation.

I suppose it’s no more than we should have expected. The Democratic Party hates the military and will soon go after them because they threaten their socialist agenda; politicians like Harris know the US armed forces will not stand for them taking away the people’s freedoms and rights. Why do you think there are so many military veterans on the so-called domestic terrorism list?

If these so-called “leaders” cannot respect our military, then this veteran refuses to acknowledge their political position or respect a single word that comes out of their mouths. I served my country for eight years, and I think Harris’s disrespectful non-response is a kick in the teeth to all military men and women in this country, current and former. She and her ilk are, in my opinion, a DISGRACE to our country. I wonder how they would feel if a foreign county were to attack the US and the entire military refuses to fight on their behalf?

Harris has no business being vice president, and everybody knows it. She was picked because she is black and female, simply so as to win an election, period – she has no record of achievement. No record of anything that would qualify her, but within a year or so, she will be president, as and when stumblin’ Joe is forced to step, rather than fall, down.

Our country is crumbling, and I don’t think there is any stopping it. History is repeating itself. We are the latest example of how a great society fails when it stops doing what made it great, like hard work, following the law, honesty, and not depending on others to pay your bills.

This VP thumbs her nose at everything this country stands for. She laughs at the plight of children being kept in cages at the border (just as she laughed when she was forced to admit using marijuana) and is now refusing to honor the military by returning a salute. Remember when then-Democratic candidate Tulsi Gabbard called her out for increasing bail costs for criminals to help keep them in jail to help with manual labor? She publicly supports the Black Lives Matter movement and ANTIFA’s violence, looting, and arson. Everything about her is disgraceful.

Democrats want to defund the military and redirect those funds to progressive causes – that is what it’s all about and why Harris is not saluting. The Democratic base is secretly cheering her action and her smirking about the crisis at the border.

As a veteran, it’s irritating enough to see her have the privilege of being allowed to walk up the stairs of Air Force Two with her non-patriotic beliefs, but to then show the disrespect of not returning a military salute makes it even worse.

Here’s something to remember for those of you who don’t care if Harris returns a salute to a service member. You know that many armed force members volunteer to give their lives for the cause of liberty. Each one of them makes, or is prepared to make, the ultimate sacrifice to preserve your way of life. The least, the very least, Harris could do is salute them and their service. I am not asking for the sun, moon, and stars. The giggling Veep needs to answer if this was just a slip in protocol, or does she just have a deep hatred for our military? Only she can answer that, but whether she’ll tell the truth is another matter.

Harris should look at Barack Obama, the most progressive president we’ve ever had. Many consider him the worst president ever but, if he could show respect to the military, it shouldn’t be a problem for Harris to do it. I’m sure that if any mainstream “journalists” ask her about it, she’ll just start chuckling again.

But this is no laughing matter. Regardless of who gives the salute, the proper response is to return the salute. To not do so is disrespectful and rude, but then again, maybe she was focused on walking up the airplane’s steps so that she didn’t fall over three times, like Joe.