Home / WORLD / Wayne Dupree: With just 20 days left to save President Trump – and America – we need to act decisively now

Wayne Dupree: With just 20 days left to save President Trump – and America – we need to act decisively now 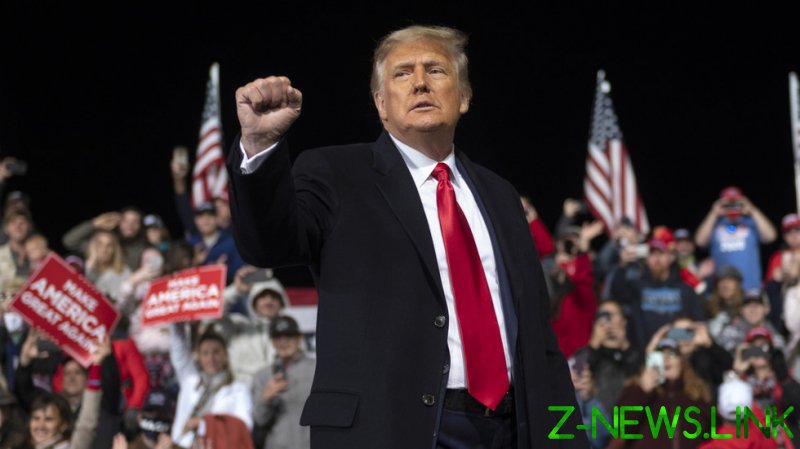 Before I really get into my message, let me remind you that we Americans created this situation that we find ourselves currently in. We sold them enough rope to hang us. We did nothing when they attempted to frame our president and remove him from office. The Russia Hoax, the Ukraine Hoax, the spying on his campaign, and then finally the phony impeachment.

We didn’t stand up when we were needed, which gave the politicians we elected the confidence to steal an election with absolutely no resistance or fear. Harsh words, maybe, but truth will always win in the end.

We the people repeatedly elected self-promoting, self-protecting RINOs (like Paul Ryan, Mitch McConnell, Mitt Romney and many others) who sought personal wealth and joining the globalist payroll – and fell into the trap of voting for them to avoid the Democrat alternative. The consequence is that this cabal/consortium will now be installed permanently with no remedy – except for civil war, the most cleansing of remedies but with the very highest cost across all groups.

I heard President Trump was making his way back to DC after New Years to attend a rally. It’s gonna take more than another damn rally to fight this monstrous electoral fraud. And telling people to vote for more feckless and gutless Republicans won’t mean crap either when voting itself is a rigged sucker’s game.

President Trump needs to be very clear about what should happen next. And he needs to act in the 20 days he’s got left as the Commander in Chief. Otherwise, this country will cease to exist, and nullification, non-compliance, and ultimately secession is all that remains to be done if any of that is even possible in today’s corrupt, degenerate, and feminized society.

Patriots during the revolutionary period were in the minority, outnumbered by Tories. Today it’s different. The Tories (Leftists, Deep State creeps, and Dems) are in the minority, and the patriots are sick of having their faces shoved in the mud by the minority element in our nation. It’s time to set the world right and bring back law, justice, and sanity.

In the meantime, prepare for a national police state and a permanently closed DOJ and FBI and all future elections pre-rigged for a slate of pre-approved candidates from both parties. And another goodie – elevation of racial minorities over the rapidly declining productive racial majority. One gets to always sleep in the bed they make, individually or collectively.

The federal government has grown to proportions never imagined by the Founding Fathers, and FDR’s expansion of power to the “alphabet agencies” has created a deep state who cares nothing about ‘We the People’. It’s about power and control and keeping it to themselves.

What was started by Lincoln has ironically guaranteed us the situation we’re currently in; a federal government that imposes tyranny at will, has infested itself into every part of living in this country. From what you can eat, drink, or otherwise ingest, to where you can live, how you can live, etc. etc.

Those in power only look for more ways to gain additional power. The Constitution does not allow for legislative agencies outside of Congress. All federal agencies that have any rulemaking power must be ended, along with the entire leadership team of the FBI, DOJ, ATF, and others. They have become so corrupted that they must be cut, or we’re headed for major trouble.

The FBI and DOJ are not late out of the gate; they are important members of the opposition. If there are any patriots left in those agencies, they are cowards by remaining silent, especially when decent, honest citizens put their livelihoods on the line as witnesses, when those who swore an oath renege.

Pray that these peaceful means are tried and succeed. There will be violence anyway, but not by our side, except in self-defense. Too bad the current crop of brownshirts didn’t study history and learn that they are first in line for the firing squad once their usefulness is past. You can’t leave anyone alive who can testify against the higher ups, you know.

I have few resources to help in this fight, but my greatest resource is the Lord Jesus Christ. He hears my prayers and knows my heart that it aches for this country. Join me in prayer, unceasing, and call upon Him to deliver us once more.

Trump was supposed to be our stopgap and they are trying to remove him from our hands. He has to let his supporters know what comes next. Moses told the Israelites they were to cross over into the promised land after he worked to get them released from Egypt. Trump isn’t saying anything except he was robbed. Supporters need a direction or Democrats and their lawlessness will cover this nation like a plague.

Don’t be distracted and don’t take your eye off the ball. The law in our country has been rendered “meaningless” by the American left for decades. When the law no longer works, there are not many good choices left for decent American citizens. I suspect that the great book, ‘Unintended Consequences’ by John Ross, will soon become a reality with Henry Bowman walking America’s streets.

Believe it or not, millions of Americans ignore what is happening to their country; but my battle cry to everyone is that you need to wake the hell up. Now. Yes, we’ve all been warned, and now it’s time to grasp our reality and act to save ourselves and this country.

At this point, we need leaders at state and local levels (Trump being our national leader) to organize and empower us. I see many grifters taking advantage of really pissed-off people to buy themselves homes and new cars; we’ll deal with them later. In the meantime, be very careful as to who you donate your money to.

Open your eyes and work on getting the eyes of those who are still asleep. Call your representatives. Get to the Jan 6 rally. Keep ready; we’ve only just begun to fight back.

Godspeed to us all.