Home / WORLD / Wayne Dupree: Wake the hell up and stop being defeatist! We need to be vigilant to stop this election being STOLEN from us

Wayne Dupree: Wake the hell up and stop being defeatist! We need to be vigilant to stop this election being STOLEN from us 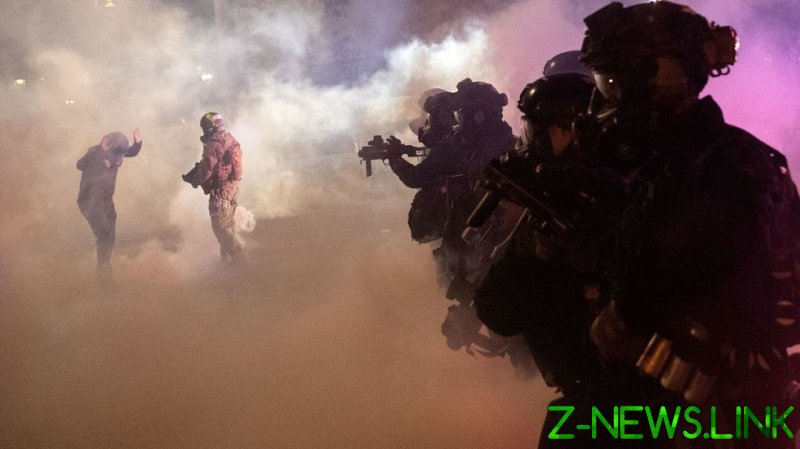 It is fair to observe these rioters/protesters/anarchists, aka Barack Obama’s wet dream of a well-trained, well-funded civilian militia, are keeping up the pressure to show America what’s to come if we don’t install their version of socialism on November 3, 2020, Election Day.

Just remember this, if you don’t remember anything else: The same political party that voted to remove the US president because of a phone call is willing to destroy our election process.

Their activities are unadulterated domestic terror, and terror, by definition, is to create fear, inhibit daily life, destroy peace. I’ve been seeing some cracks of defeatism lately, some laments such as ‘it’s useless to fight,’ ‘America’s goose is cooked,’ and ‘there’s no stopping it’ on bulletin boards. Some people are allowing terror to fulfill its mission, as if there’s another USA somewhere that we can inhabit.

Then there’s the onslaught of ominous articles about voter fraud, illegals voting, ballot harvesting, and a real thriller given the name of “Red Mirage,” where President Trump apparently wins in a landslide on election night, but Biden later wins thanks to mail-in ballots. The fear agent is spreading, don’t you agree?

Why do our streets burn month after month? Because the looters and the torchers are paid to create fear and drive a wedge between Trump and his base, sending them to their hidey holes, too afraid to come out and vote.

Why do we keep getting all the insider tactics, plots, and plans to steal the election spelled out in article after article? Do they suspect America will give up the country now, stay safe behind locked doors, lamenting that there was nothing they could have done because opinion writers told them there was no hope?

Wake up. You’re drinking the Kool-Aid they want you to swallow, you’re taking their bait. You are carrying out your end of this psy-ops campaign to destroy the country just as they hoped you would. If Biden’s path to a comfortable victory comes from voter fraud that has been perfected, why is he running so many ads? Why does the media lie day after day about Trump if the election is already decided? Wake the hell up!

One thing we do know is that Dems will do as much as they can to maintain the thinnest veneer of legitimacy by using the courts, media, etc. to claim their rightful victory was stolen. That is why they WON’T take their rioting and looting into less blue states where law enforcement won’t be throttled in the way they have been in Portland, Seattle, California, Minneapolis, and D.C.

I truly believe Dems are trying to force our side into using all-out force (violence) as part of their plan to prevent President Trump from winning the election. If the Dems can manipulate the courts, etc. to promote the narrative that it is they who are being ripped off, then they will have the power of the federal government behind them.

The Dems need the fiction of legitimacy to insist that they are the ones following the law and the Constitution, etc., blah, blah, blah. That is also because that “legitimacy” will allow them to use the might of the federal government to put down the resistance of “We the People” to their election theft. Do you understand? The power of the federal government will be used against the US, but it won’t be used against them.

In the case of the voter-cheating narrative, in my not-so-humble opinion, there is zero distance between voter fraud and sedition.

We should build a new prison in the middle of Death Valley. Cells will be 7′ x 10′. The door will only lock once, after which it will never open again. Use it for those who commit voter fraud.

As to voting, Election Day should be a national holiday in which nothing is open (except for police, fire, emergency services, etc). Voting takes place in person – absolutely no exceptions – with verified identification. Purple finger for the voter afterwards. Paper ballots only.

Until we get serious about our most important civic duty, the crooks will continue to try to steal elections until they do, and when that happens, Katy, bar the door. Volunteer to participate in the vote-counting process. If they flood the system with fake ballots, let’s flood the system with conservative volunteers and polling-place witnesses.

If, by some miracle, the vote count and recount(s) still go in Trump’s favor, the Dems are still not going to accept it and they will ramp up the protest, rioting, and looting.

The only way for the American people to preserve our nation is to give the Republicans a far-reaching victory in November, all the way down to the city council level. If Trump wins, but all the key Democrats and their schemes remain, it may be months before we know who our next president will be. They have been screaming for 20 years that the popular vote should decide, and now, with mail-in voting, they will try to manipulate things to be sure the popular vote – and the White House – is theirs.