Home / WORLD / Wayne Dupree: Unless the breakdown between police and black people in America is fixed soon, we’ll have a full-scale race war

Wayne Dupree: Unless the breakdown between police and black people in America is fixed soon, we’ll have a full-scale race war 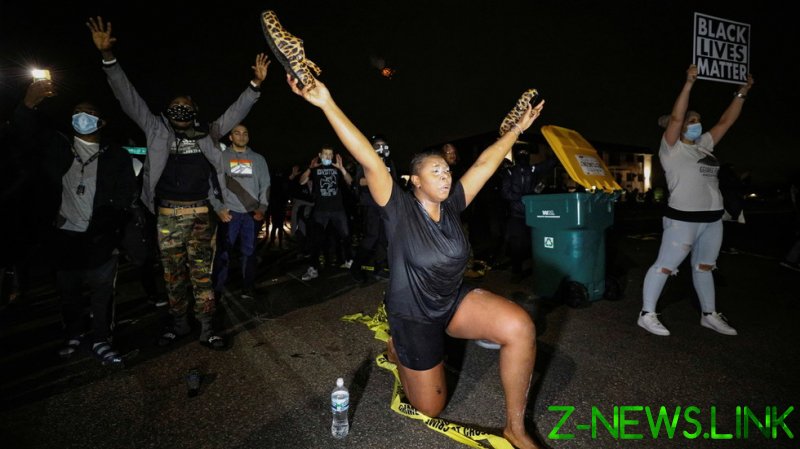 I am writing this in the wake of the killing of 20-year-old Daunte Wright, who was shot dead by a police officer on Sunday afternoon following a traffic stop. All the facts are not in on this killing, and no body cam footage has been released as of the time of writing, but I will be following up as more information develops.

​My mother and father didn’t raise me to side with anyone politically, particularly when making decisions or judgments about the news that I hear or read about. I believe a right of passage into becoming an adult is to become an informed individual and then speak. Yes, there are times when I become emotional over a subject because I am human, just like you. Stepping back and surveying the facts helps me be a better person, however, and for that, I thank my parents.

​When you read social media postings on this incident, you would think that every black person killed by law enforcement is a criminal. But that’s just not the case. I can only hope that people making such claims don’t know what they are typing in many instances, or maybe they do believe it, and that isn’t reassuring.

​I remember back in 2018, Botham Jean, a young black man, was shot and killed in his home when a Dallas police officer, Amber Guyton, entered his apartment, allegedly thinking it was hers and shot him in his chest, fearing he was an intruder. The police report claims he was on his couch eating ice cream. She was found guilty. Jean, a 26-year-old accountant, was not a criminal.

​In 2019, Atatiana Jefferson, 28, a young black woman, was shot and killed in her home after a neighbor called in a wellness check, due to the front door being open during the late evening hours. According to that report, Jefferson was in a back room when the on-duty police officer shot through the window and killed her. She had been playing video games with her nephew before getting up to investigate the noises outside the home, which happened to be the police who allegedly did not announce their presence. Jefferson wasn’t a criminal, either.

​In Georgia, authorities also charged three white men in the fatal shooting of Ahmaud Arbery as he ran through their neighborhood and two police officers in the shooting of Rayshard Brooks after he tried to flee a DUI arrest. I don’t believe anyone should run from the police, but I’ve seen others on YouTube resisting arrest and not being shot. I’ve seen altercations with law enforcement and the suspect not being shot. To say there isn’t a problem is sticking your head in the sand.

​On the one hand, we should all ask for more information before making a judgment, but does social media allow us to? What was the officer’s training and the protocol to be followed in this type of situation? If the officer let the person escape and the person committed further crimes, would the officer be liable? Just think of the situations police have to deal with, and then think how hard they are to handle when you must act in a split second.

On the other hand, why are people willing to trade their lives for a traffic ticket possibly, and why? Because some people insist on taking off, running, resisting arrest, fighting with police, and being uncooperative with any request from them or other authority.

If those people could get the chip off their shoulders, they’d get a ticket and be on their way or, if intoxicated, get arrested for their DUI with its consequences. Just a legal issue: nothing life-threatening. Millions every week get tickets, and thousands get DUIs, and they deal with it and are alive and well.

​Yes, there are bad cops out there, but 99.9999% are good and just doing their job. These police have an obligation to enforce the laws in their town, county, state, or nation. The police have the right to question someone who they think may be doing something wrong. They also have the power to warn, ticket, or arrest someone who may have violated a law or needs to be detained for public safety reasons.

​It has always been a hard and fast rule that an apprehended person never gets back into their vehicle unless directed to by the police officer. Never. In this case, it seems the officer was already aware that the suspect had an outstanding warrant, making the traffic stop automatically more potentially dangerous for the cop. But we don’t know; we weren’t there. The offender should have known what might happen if he tried to get back into his vehicle, especially after ignoring the officer’s repeated orders not to do so. No police officer is going just to let you go in this situation.

​My solution? We need to seriously raise the level of understanding about the consequences of running from or ignoring a law enforcement officer in general. This absolutely has to stop because otherwise we are headed for an all-out race war. I blame Barack Obama mostly, but it has been building since we started creating tribalism under the auspices of “diversity,” where we taught our children to resent how their ancestors were treated under slavery, and brainwashed them into believing they were owed and that the only way to fix it is to rebel and protest.

For decades, liberal teachers, who perhaps regretted they missed out on being part of the civil rights marches of the sixties, have nurtured these grievances in our youth. We laugh when an overzealous cheerleader mom pushes her little daughter into being what she shouldn’t be, yet that’s precisely what our teachers have been doing for 30 years now.

​Unfortunately, now many are acting out on that brainwashing, and the years of reverse bigotry training and self-righteousness are being manifested in violence against our officers. We ALL need to defend them by supporting tougher legislation, because if we don’t, we will likely be left in a situation where we have to defend ourselves from the criminals.

​Unless we start doing something to stop this madness it will only get worse. Hopefully, more information comes out in the next few days which will clear up a lot of the unhelpful, ignorant noise that is being spread on social media.