Home / WORLD / Wayne Dupree: This election is a fight for our country’s future – and Trump’s got some unfinished business to take care of 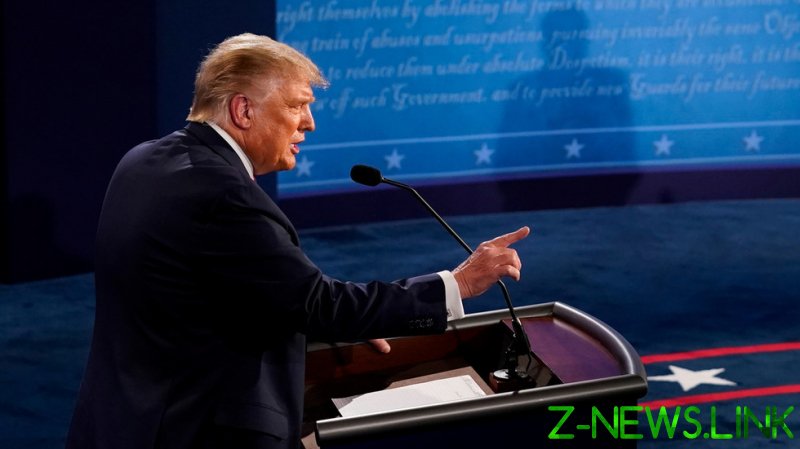 I keep telling people repeatedly, President Donald Trump is so hated because he represents a personal threat to certain individuals, their entities, and their progressive agenda that is not really progressive at all.

He’s their worst nightmare – a political outsider who is not beholden to special interests and not dependent on politics for fame and fortune. They will stop at nothing to remove him. If you listen to Trump’s speeches from the very beginning, he has openly said he would deal with them, and I have no doubt he will make good on that promise in his second term.

So, who are these people that Trump’s going to tackle? They are politicians and bureaucrats who committed crimes, including felonies, during the Obama administration, not the least of which involved spying on a political opponent’s campaign. These people risk time in a federal penitentiary, at worst, and disgrace, at best.

Politicians in general react to problems, rather than proactively dealing with them, and do so always with politics in mind. These politicians resent the fact that Trump did not pay his dues and jumped from the outside world into the presidency. If he can solve problems without a political background, what do we need career politicians for? This puts their cozy careers at risk.

In the federal bureaucracy, a lot of people get paid a lot of money – many benefits and generous retirement packages – for producing very little worth. This bloated system faces being given a “haircut” under Trump, with many losing their jobs.

Those politicians and bureaucrats are profiting from influence-peddling. I know how this works first-hand. There are a legion of lobbyists and lawyers who make big money leeching off the system in DC. The more powerful and large the federal government is, the more money they make.

Other big corporations, such as the tech giants, risk losing their monopolies under Trump, and Big Pharma will soon have its drug prices slashed. Next up will be the mainstream media, which is totally in the tank for the Democrat Party and has been for decades.

Trump is not an ideologue – he sees problems and wants to solve them, but he steps on the toes of the many profiting handsomely from the status quo in the process of doing so.

If you understand that he’s a personal threat to some people, rather than a temporary ‘climate-change denier’ or ‘anti-immigrant’ person who can be waited out, you can quickly see why it’s so urgent to demonize him and get him out as soon as possible.

Please take no offense to a different perspective, since I’m very pro-Trump, but the leftists have already broadcast their intention of removing him from office, and you can believe they’ve effected a plan that will involve members of our own military supporting their cause, possibly alongside UN forces under the globalist thumb.

Violence is the absolute last thing that any sane American citizen would consider using against another citizen who has a different perspective on their country’s politics and outlook. That being said, if violence is forced upon you, then there is no other recourse than to protect your family and home with a counter-force.

Should the conditions call for it, President Trump will call up federal forces by using the Insurrection Act. Hopefully, any violence will be put down quickly, but the prospect of a military coup by Obama’s generals and the Pentagon is very real. An added problem will come if the Dems try to use UN forces to ‘protect the people,’ plus Antifa/BLM, foreign gangs and, possibly, other foreign actors.

It would be best if you prepared now for any interruption in power, food, fresh water, and meds, plus a means of protecting your family from gangs and possibly even neighbors who may not have prepared, or who have political views that are different from yours. This is real, so get ready now.

The reality is that liberalism is not sustainable, even if it worked. It’s no coincidence that the amount spent on ibleral social welfare since 1965 is roughly the same amount as the national debt. Put another way, the sum total of the costs for every war America has participated in since its founding adds up to less than the cost of the programs of Democratic Party welfarism.

The tax revenue needed to keep just social security, Medicare, and so on going is $1.1 trillion every year. That would have paid for the financial costs of America’s costliest war, World War II, in about four years, and just about all the others, too, within a decade.

With the national debt climbing to $27 trillion, and still rising, and most of that due to social entitlement programs, liberal promises like this cannot be kept, and will not be kept. If this doesn’t scare you, think about it like this: it will bankrupt our nation.