Home / WORLD / Wayne Dupree: The Republicans backing the President’s impeachment are condemning their party to years in the wilderness

Wayne Dupree: The Republicans backing the President’s impeachment are condemning their party to years in the wilderness 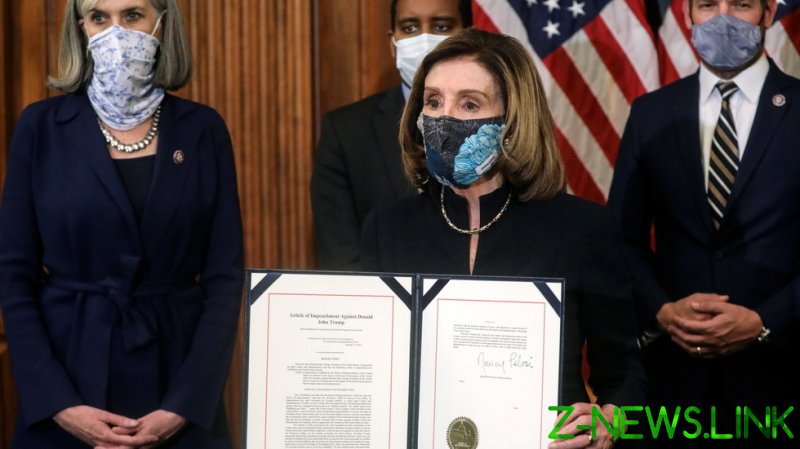 First, it was the “Ukrainian Hoax” impeachment. Now it is the “Storm The Capitol” hoax impeachment. What a disgrace Rep. Nancy Pelosi has become. She is utterly revolting and has turned the House of Representatives into a complete joke.

On Wednesday, January 13, 2021, the political establishment, on both sides of the aisle, impeached President Donald Trump. Republican Rep. Liz Cheney has never liked Trump, and she showed it through her MSNBC interview last week and her statement siding with Democrats for the second impeachment of President Trump.

Why would she and nine more Republicans side with Democrats? That’s easy to answer. They are eager to return the Republican party to the good ol’ days of supporting military intervention in some foreign hellhole, costing taxpayers trillions of dollars, and surrendering all to the Democrats while raising money on the promise to change things if elected again.

They have sent a message to the world. That they are more powerful than the president, that they run the show, that they will buy those for sale, and that they themselves have a price. America will never be the same.

So what does this mean for the future of the GOP? It doesn’t have one.

These 10 Republican House representatives have signed their own political death warrants, and that of their party. Imagine running for re-election with this record. They aren’t that smart. Any primary challenger can use this shameful action to remove them from office. Imagine impeaching Ronald Reagan, one of the most popular Republican presidents in history? Trump is probably the second most popular Republican president, whether they like it or not.

Just for comparison, Reagan got just shy of 55m votes in his landslide second victory of 1984, while Trump garnered 74m-plus in November (yes, I know our population has grown substantially since the ‘80s, but you get my point).

Now the impeachment issue goes to the Senate, into the hands of the Repuplican leader there, Mitch McConnell. After his wife, Elaine Chao, resigned from the Trump administration last week, don’t expect the Kentucky lawmaker to back the commander-in-chief when it comes to a vote.

Even if McConnell hadn’t come out and relieved himself on half of the GOP base’s supporters, he is strongly disliked, and the whole election debacle means Democrats will flip 6-8 Senate seats in 2022.

Does anybody really believe that GOP incumbents will hold their seats in Wisconsin, Iowa, Indiana, Ohio, and Pennsylvania? They may have better luck taking back Arizona or Georgia, but even those will be very difficult when most Republican-leaning voters think they were dissed, cheated, and/or just have no confidence in the elections.

Then you can say goodbye to Florida and North Carolina, too. Then, say farewell to the Constitution, because leftists will have an uncontested majority to fulfill their threats to pack the Supreme Court and add Washington DC and Puerto Rico as states. Who will return more Democrats.

Our system of government is broken. In the two months that have just gone, we cannot have one evidentiary hearing to determine whether or not there was election fraud, but we can impeach a President in three days flat.

Our government is operating out of retribution (on both sides), and this must be stopped. We are on a course that cannot be reversed unless we, the people, rise together. Term limits are an absolute necessity, and both parties need to be burned to the ground. We are no longer in a democracy; we are in an aristocracy, who use social media/Big Tech as their henchmen.

I really fear for this country. Back in 2017, a Democrat supporter shot some Republican politicians practicing for an annual charity baseball game based on a deep hatred for them. Back then, the country was not nearly as torn as it is now. I personally fear what might happen today. Democrats speak of unity, but their actions are speaking louder. And Republicans are hearing this loud and clear. Shame on all of you on the Hill for turning all of this into a political game for gain, at the expense of the American people.

Can you imagine the sort of country that we all could live in and share if the center-left and center-right formed a party? Having only a choice of a left-leaning party and a right-leaning one, or ones led by an individual playing to the fringe base, only empowers those leaders while eroding trust in the system and ultimately in each other. All we can do when it seems things are out of control is to control our own thoughts and actions as the energy of the moment is feeding off all of us. Do something in your world to promote common ground where it was broken, as that is our strength as a country.

I no longer support any political party. I’ve decided that the entire thing is a sham where the intent is to make us minions believe we have a say in what goes on in our country. We don’t. Big corporations, old money, Big Tech, and foreign interests decide what we get to do, not us. The politicians and their rich allies don’t care about us; they care about money and power and nothing more.