Home / WORLD / Wayne Dupree: The Democrats don’t just despise Trump. They fear him and what he might do to them at the 2024 election

Wayne Dupree: The Democrats don’t just despise Trump. They fear him and what he might do to them at the 2024 election 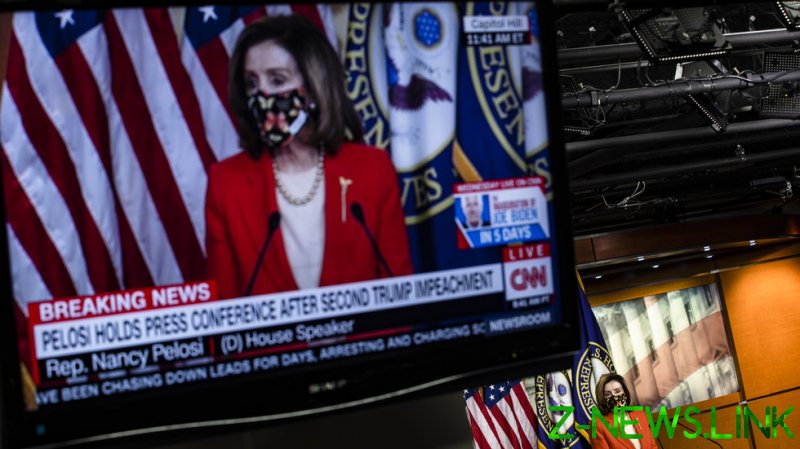 In a few days, former US President Donald J. Trump will have to go through an impeachment trial as a citizen because the Democrats want to publicly drag his name through the mud with their innuendos and allegations. They want to destroy his name so that he can’t run for the White House again. It’s a testament to his appeal, power, and how much they worry about him – he gives them so many headaches because he isn’t one of them.

​I respect everyone’s right to express their opinion on this second impeachment trial, but even before he took office, after he was elected, the Democrats viewed him as a fraudulently elected president and vowed to remove him from office by hook or by crook.

Along with the media throughout his term in office, they proceeded to try and do exactly that. I’m not excusing some of his actions or comments. However, I don’t want to detract from the many good things that he did to benefit our country, which I feel far outweighed the bad.

That’s why I try to look at the events of January 6 and sort out from the media reports what exactly happened. I don’t believe Pres. Trump incited the violence, and that was shown by his comments that day.

The inherent problem with this impeachment is twofold. The accusers have the burden of proof, and there is ZERO evidence that Trump’s legally and constitutionally protected words and actions even remotely met the standard for incitement. The hyperbolic charge of “incitement” is a highly subjective opinion. In our country, the accused are afforded the presumption of innocence to prevent governmental abuse of power and malicious political prosecutions.

The only appropriate position before a trial occurs is to assert that, until the prosecution proves their case beyond a reasonable doubt (or to even the lower standard of preponderance of the evidence), the accused is not guilty. This is why impeachment needs to transcend politics and have real overwhelming bipartisan public support. This trial does not meet that standard.

Furthermore, the investigations have shown that multiple participants assembled pipe bombs before the rally. That shows pre-planning by people who had already decided to wreak havoc and chaos before hearing what President Trump had to say.

Here’s exactly what the Constitution says: “The Senate shall have the sole Power to try all Impeachments. When sitting for that Purpose, they shall be on Oath or Affirmation. When the President of the United States is tried, the Chief Justice shall preside: No Person shall be convicted without the Concurrence of two-thirds of the Members present. Judgment in Cases of Impeachment shall not extend further than to removal from Office, and disqualification to hold and enjoy any Office of honor, Trust or Profit under the United States: but the Party convicted shall nevertheless be liable and subject to Indictment, Trial, Judgment, and Punishment, according to Law.”

Removal from office and disqualification to hold and enjoy any office of honor are stated CONJUNCTIVELY using the word AND and not OR (which would be disjunctive). Because Trump is no longer president, the Senate cannot remove him from office. But the conjunctive wording requires precisely that to disqualify him. These actions go hand-in-hand.

If they could impeach and convict Trump solely to prevent him from running again, it would set a precedent allowing them to do the same to any public official. I doubt that the framers had this in mind when they wrote the constitution.

It’s clear that if Trump committed a crime, he could be held responsible by criminal prosecution. It is unlikely he actually did that on January 6. But the text clarifies that only federal officials can be impeached and removed from office, and disqualified from holding such positions in the future. Once Trump’s term ended, he became a private citizen and is no longer a federal official. The fact that impeachment has occurred in this way previously, more than a century ago, doesn’t prove the act was constitutional. Congress has passed plenty of unconstitutional legislation.

A balanced historical review of the Trump years will have to include a discussion of the incredible, unbridled, juvenile rage that completely preoccupied the minds and emotions of Democrat party leaders during his era. This derangement resulted in a multi-year congressional investigation, spawned by a false story, commissioned by the losing candidate, which culminated in a half-baked impeachment despite the investigation finding no collusion.

Later, intelligent and upstanding Supreme Court nominees with impeccable careers, but put forward by the president, were vilified by Democrats who were seen literally pounding and clawing at the court’s doors. Ultimately, Democrats were so emotionally overwrought they even tried to impeach the president AFTER he left office.

Democrats know full well they’ll never get an impeachment conviction on Trump. They’re only doing this to be able to say at some later date that Trump was impeached twice. If they spent one third of the time and effort they spend trying to destroy the Republicans working for the American people instead, we’d be a much more successful country. Everything they do is negative.