Home / WORLD / Wayne Dupree: Our media continue to destroy our lives with misinformation; They need to be held accountable

Wayne Dupree: Our media continue to destroy our lives with misinformation; They need to be held accountable 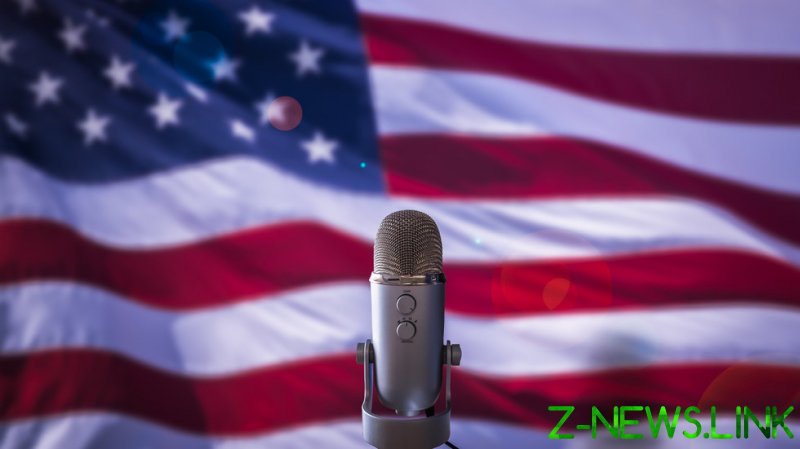 The media’s daily and nightly arrogance is dangerous and deadly for many struggling Americans who listen to their garbage. This is a media that won’t ‘fact check’ our doddering president when he tells the nation that if you get the Covid vaccine, it will stop you from getting Covid. This is not true. Wake up, America! The people in front of you on your televisions are out for themselves, their stockholders, and the Democratic party. Period.

In the words of the greatGeorge Carlin: “Keep in mind; the news media are not independent; they are a sort of bulletin board and public relations firm for the ruling class, the people who run things. Those who decide what news you will or will not hear are paid by and tolerated purely at the whim of those who hold economic power. If the parent corporation doesn’t want you to know something, it won’t be on the news. Period. Or, at the very least, it will be slanted to suit them and then rarely followed up.”

The problem is that the majority of the sheep in the Democratic Party will never see anything negative from any of these ‘news’ sources. They blissfully remain in their imaginary world because of a lack of journalistic honesty and integrity.

The media was intended to be a check on government, a tool to keep politicians honest. Unfortunately, 95% of the media have become the propaganda wing of the progressive Democrats, supporting and covering for Biden as slavishly as Pravda supported and covered for Brezhnev in the USSR. These are truly dark days for the land of the free.

So-called ‘journalism’ went to hell when entertainment corporations started buying up television networks and print media. Then it became ratings-oriented, for ad buys to boost corporate bottom lines. Right versus left used to be confined to politics.

Suppose you are a news network and refuse to report the news because you don’t ‘like’ it. You need to be shut down. Not reporting inconvenient news is just as bad as reporting fake news.

On a side note, there’s truly no one more helpless and irresponsible than a Democrat representative, congressman, or senator. These people are the most self-absorbed and depraved individuals in the world. They are thieves. They are traitors. They are delusional hypocrites and cheats. They hate our flag. They hate our anthem. They hate our country and, more than anything, they hate you.

But don’t be mistaken; not only will the media tell you anything you want to hear to get your vote, but so will these politicians – especially Democrats who have a history of dangling the carrot to get what they want; they will also use the stick if they so choose. Republicans are no better, not because they are so willing to promise and threaten voters, but because they don’t have the spine to stand up to their opponents. Nothing matters more to these people than power and control over everything you do. That’s why they bailed and recklessly left their constituents.

Joe Biden’s self-proclaimed superior plan to shut down the virus has failed. His ability to get the vaccine to all and to encourage all to take it has failed miserably. His initial statements questioning the vaccine’s safety during the campaign, his encouraging people to wear a mask after being fully vaccinated, and his alignment with the teachers’ union to keep schools closed for fear of getting the virus have ultimately undermined people getting vaccinated. Thanks to his open border policies, we are now all at risk of the Delta variant and will likely be back to where we were last fall. Thanks, Joe, and thanks to all the voters who wanted a president who has no idea what he’s saying half the time.

The media always covers for Democrats. That’s why they feel emboldened to push their socialist anti-American agenda. It’s mind-blowing how easily their audience is fooled, over and over again. Democrat voters fall for the race card every time. I have no idea who will run for the Republican Party for president in 2024, but I do know that whoever it is will immediately be labeled a racist. Democrats and the mainstream media use the same play every time, and their sheep fall for it every time.

Numerous talking heads from the alphabet networks have confessed that they have an anti-conservative agenda, and their coverage definitely bears it out. Even someone as ‘respectable’ as Lester Holt has come out saying that fairness has no place anymore, and crazies like Chris Cuomo have said it’s even OK to make stuff up (“It doesn’t have to be real!”). And then you have other idiots like CNN’s Brian Stelter and Jake Tapper, who act completely shocked when someone accuses them or their network of bias. They need to realize that they aren’t legitimate ‘news’ organizations anymore; they are DNC propaganda arms. Welcome to Orwell’s ‘Ministry of Truth’.

It is safe to say the entire world is aware that the mainstream media are compromised, politicized, and provide misinformation to the American people. The Texas Democrats contracting the virus in DC could have been avoided had they stayed in Texas and did their job for the people of Texas. Instead, they drank Miller Light and smiled for a photo op on a private jet at the expense of taxpayers. Despicable! As a result, bad karma hit them.

If our media isn’t corralled sooner rather than later and power is removed (their advertising contracts), this country will never move forward. Their job is to keep us uninformed, uneducated, and unmotivated.