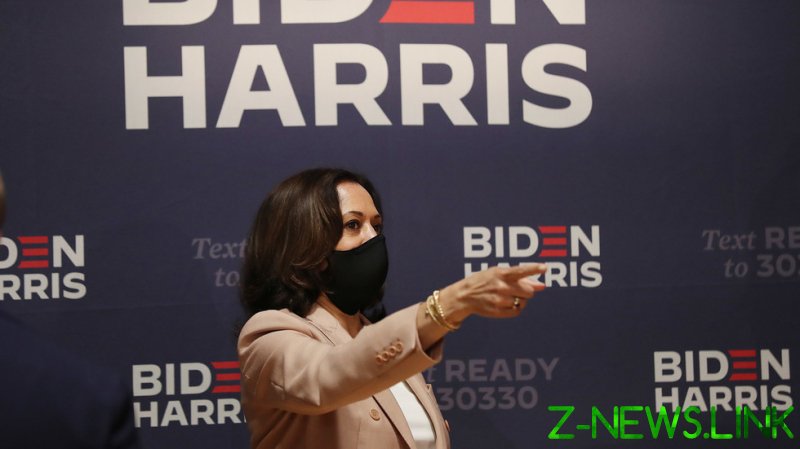 Whether it was a “slip of the tongue” or a “Freudian slip” by Kamala Harris when she mentioned a “Harris Administration” during a Q&A yesterday, her answer raised eyebrows. It gave legs to the reason why critics of Joe Biden will forever call the Democratic presidential candidate a “puppet leader” until election day (let’s pray not beyond it).

Harris quickly corrected herself after using the term, but that didn’t appease Trump supporters. Harris has been repeatedly associated with being “nothing more than a Trojan horse for the radical left,” but let’s make something clear, it wasn’t the Trump campaign that jumped on this slip – it was the American voters!

Harris let the truth out for once. What percentage of the vote did Kamala Harris get in the primaries? < 2%? So, why in the world would a “Harris Administration” be on her mind, period?

Many believe Harris is a cutout for Hillary Clinton. Did anyone really think Hillary would just fade away? She’s the puppet master lurking in the background, running the campaign, and using cognitively challenged Biden as a friendly mask to hide the true ugliness beneath.

During her presidential run, Harris bragged about co-sponsoring the Green New Deal, Medicare-for-all, decriminalizing illegal border crossings, and instituting gun buybacks. When you add up all of Harris’s proposals, it’s hard to see how her platform differs substantially from that of Bernie Sanders. Although Harris denies she’s a socialist, her recent track record suggests that it is precisely what she is.

Doesn’t it seem like we are looking at the biggest bait-and-switch in political history? Harris has zero support, and the Democrat Marxists are forcing her on you!

The public voting for the Democratic candidate should be upset that these people are trying to play switcheroo. It’s an insult to democracy and an insult to women by saying that a woman can’t win without a man on the ticket. It’s as if they think Democrats can’t be trusted to vote for the woman without Biden’s name at the head of the ticket. They must think very little of their voter population, and that’s very sad.

FLASHBACK: Harris dropped out before the first primaries because she was unpopular, and people realized she has no convictions – she’ll do and say anything to get elected. Her voting record shows she votes left of Bernie Sanders in the Senate, and all she seemingly wanted was a historical win and power. She got neither.

The Democrats will have no one to blame but themselves when President Trump wins in November. They’ve done nothing for the past four years but try to run him out of the office, and the icing on their cake was their silence and their total absence when it came to condemning the looting and rioting going on in this country. I don’t care how you vote, but the vast majority of Americans want law and order.

It was the Obamas who allegedly picked Kamala to run for president, but she failed miserably, so the plan is to put her in as VP, and as soon as old Joe is proven incompetent, she’ll slide right in. Biden was attacked viciously by Harris in the debates, and he didn’t pick her for VP – the puppet masters did.

The news media and President Trump should ask Biden at every opportunity to pledge that he will not step down as president after the election and will serve out all four years of his tenure. Biden should pledge that he has no plans to resign from the White House and allow – God forbid – the enthronement of Queen Kamala and her, ‘oops, mind my tongue’ “Harris Administration”.