Home / WORLD / Wayne Dupree: Hillary’s advice to Biden to not concede even if you lose shows the Democrats intend to win by hook or by crook

Wayne Dupree: Hillary’s advice to Biden to not concede even if you lose shows the Democrats intend to win by hook or by crook 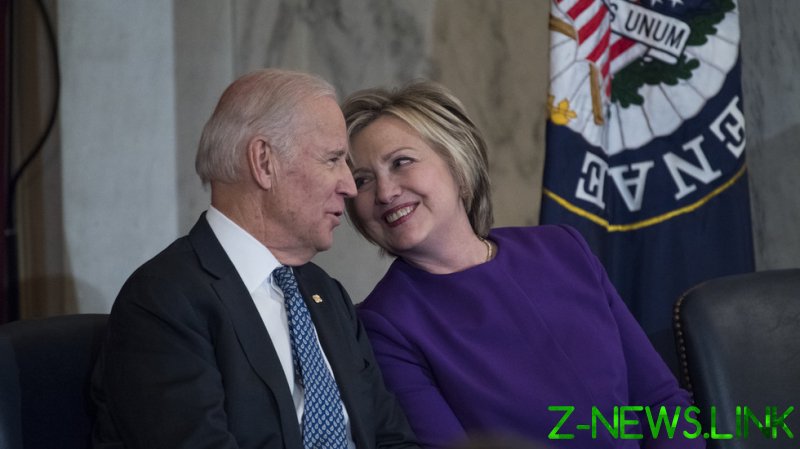 On Tuesday, former Secretary of State Clinton urged Joe Biden to not concede defeat on election night should he come up short.

So, Clinton is confirming precisely what President Donald Trump has factually stated. With millions of unsolicited ballots being mailed in and with several states declaring that counting will be extended indefinitely until all mail-in votes are received, even those that arrive after election day, there is no way that all votes can be counted on November 3. That, of course, means that Democrat-run states will have the opportunity to stuff the ballot boxes. And I believe that they will stuff them.

When Clinton says the election will “drag out,” she probably means that the Dems will keep “finding” boxes of ballots even a month after the election, and they will be all Democrat votes.

The Dems have the cheek to accuse Trump of planning to resist the peaceful transference/continuation of power as a result of the election, when this is precisely what she has advocated for and whined about ever since she lost four years ago.

Does anyone else find this nuts? Clinton is still stewing over her defeat and now and then hints at how the 2016 election was “stolen” from her. Well, it wasn’t. And neither will Biden’s be. The saddest part is that she and her single-brained minions gorge on hatred of all things, are bitter and twisted over what happened four years ago, and let it rule their lives. So very, very sad.

It’s another clear signal that the Dems are not going to accept another loss at the polls. They will litigate it to death over questionable mail-in ballots. They cannot abide not having the White House. They will take the White House by hook or by crook (yes, the latter is a reference to Clinton). She is signaling that they intend to engineer a constitutional crisis if they do not win the election.

The Democrats will always fight tooth and nail to prevent voter ID. They say that people are too dumb to obtain a photo ID.

There is no way this country can continue in freedom if this is going to be the way elections are run from now on. It was already bad in terms of fraud, but now they are practically openly encouraging people to cheat in a big way.

Frankly, it all starts in the home and with the raising of children with moral character. But the Democrats have thrown God aside and led an assault on families and that naturally leads to what we see today.

John Adams was right about moral people. It’s what has kept elections mostly fair until this century. But they’ve worked hard to destroy that.

Thank goodness, the way things are going, I don’t think this election will even be close. As Americans see the whole virus shut-down scam fall apart, just like the Russiagate and Zelenskygate fell apart, they will start to realize everything the left pushes through the corporate media is fake.

Wake up and smell the coffee, swing voters – you can either support panic, shutdowns and street riots, or optimism, reopening and security at the polls this November. The Dems have done nothing but make things worse for minorities and people who love the constitution, while Trump has brought the best for these same people – before the left pushed their virus panic shutdowns and supported the Marxists burning down businesses and threatening diners in restaurants.

Trump needs to win big in November. Otherwise, we will have these losers to deal with. If they pull this Clinton crap, there is going to be violence, and it won’t just be from their side.

Bottom line: President Trump will win fair and square; I am not worried.