Home / WORLD / Wayne Dupree: Here’s how November’s election could lead to a new Civil War in America. I pray I’m wrong, but fear I’m not

Wayne Dupree: Here’s how November’s election could lead to a new Civil War in America. I pray I’m wrong, but fear I’m not 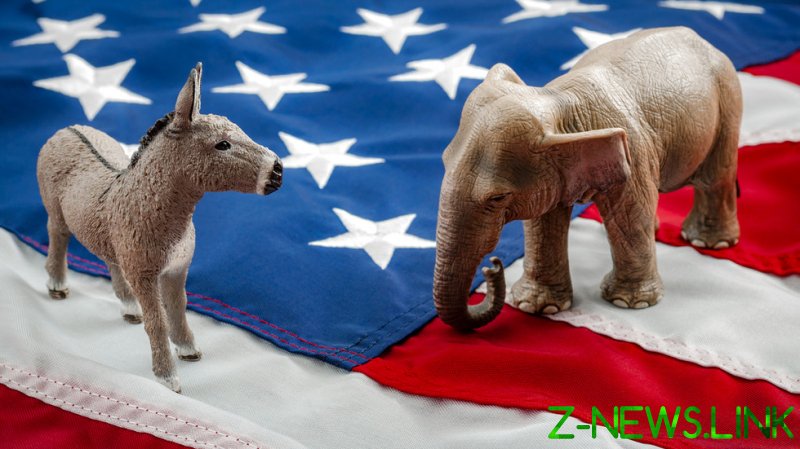 The Democrat leadership is well aware that their anointed candidate, Joe Biden, is suffering from rapid, advancing mental decline, and that, without cheating, they have no chance of reclaiming the White House. Is it possible that they can steal a national election? Ask anyone associated with John F Kennedy’s election back in 1960 in the state of Illinois. As a character in Oliver Stone’s movie, Nixon, said: “They [the Democrats] stole it fair and square.”

What surprises me the most about this election is we live in a fast-moving technology age in 2020, yet the Democrats want to use the antiquated system of the post office to mail in ballots. Why? Because it’s easier to cheat that way. And who will be counting the votes in places like Portland and Seattle, anyway? BLM or Antifa?

The Dems want to muck-up this election so badly that the Electoral College is unable to meet and declare a winner.

How will it go? Here’s my prediction…

The Dems will demand that Trump/Pence leave the White House until the election results can be sorted out. They’ll have Rep. Nancy Pelosi sworn in as a “placeholder” president until the vote count can be officially verified, which, not surprisingly, will never happen as long as Trump is winning.

Trump will refuse to step down and leave the White House, claiming that as the election results have not yet been verified, how can he be declared the loser?

President Pelosi (from her temporary “Oval Office” in a room in the basement of the House of Representatives) will declare Trump and all his supporters as “enemies of the state” (oh wait… she already DID THAT!) and order the military to evict Trump from the real Oval Office forcibly. Some military brass comply. Other military brass do not comply. This fractures the military hierarchy into competing factions, resulting in chaos (which is the whole point).

Democratic Party leaders order their supporters, who have already been besieging the White House en-masse since before the election, to storm the building by force and remove Trump, or to burn the place to the ground.

Republicans take up arms and head to Washington to “peacefully” protect Trump and prevent the White House from being overrun by rabid Leftists intent on burning-looting-murder.

And when those two opposing groups clash in DC, shots will be fired, and Civil War number two will begin. Leftist minions in every major metropolitan area in America will come out of their basements and make the current riots seem like a practice run. It will go badly for anyone unable to protect their home and family.

I hope I’m wrong about all this, but I worry deeply that it may well just play out this way.

Our only hope lies with the beauty of our Electoral College system, and my belief that the American people will ultimately choose the party of peace, security and economic growth over the party of division, rioting and socialism. And that they deliver a clear, big and uncontestable win for the Trump-Pence ticket.

The Democrats can cheat all they want in their tyrannically controlled states like California, Oregon, and Washington because they are going to win them anyway. But the other states, not so much, especially the red ones where people are watching. It’s the purple battleground states like Florida, Pennsylvania and North Carolina (where both Democratic and Republican candidates receive strong support) which we need to worry about and have our people out in force to watch them.

I heard Hillary Clinton recently telling Biden never to concede. She still doesn’t understand how the presidential election works. You can stuff ballot boxes all you want in Democrat strongholds but the Electoral College requires winning States and to some degree counties.

Democrats stuffed ballot boxes in 2016 and won the popular vote by over two percent but lost the election by 14 percent. You have to win States, not population centers, to capture the White House.

The desperation of the Democrats is clear for all to see. Everything they’ve thrown at the unsinkable and unflappable Trump has failed miserably. Everything from their Mueller Russian collusion hoax probe to the sham impeachment has fallen apart. Now with a solid record behind him, achieved despite seemingly impossible odds and rabid opposition, President Trump looks set to crush the Dems yet again in November.

It will be even sweeter this time around.