Home / WORLD / Wayne Dupree: Democrats will turn US into the new Venezuela, with free handouts for votes and their usual class warfare routine

Wayne Dupree: Democrats will turn US into the new Venezuela, with free handouts for votes and their usual class warfare routine 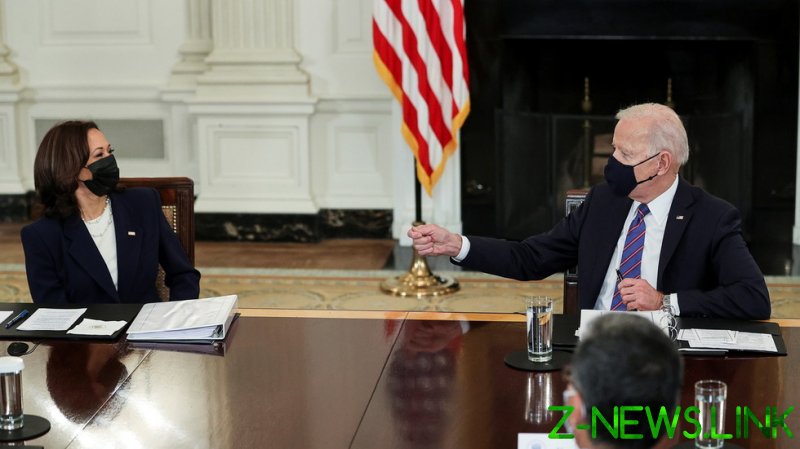 Democrats have been throwing money at America’s ghettos for decades, and how has that worked out? The people who get the money don’t use it on their children, but waste it on ‘luxury’ items they deem necessary to live.

Barack Obama and Joe Biden had eight years to help these downtrodden people, but left them in the ghetto. Donald Trump, in contrast, gave them an incentive to work and earn and pull themselves up and out of poverty, which a lot did. But now the Biden/Kamala Harris administration will knock them back down again, and have them standing in line waiting for reparations.

She continued, “And to do what has long been overlooked, which is to understand that our children – we cannot in public policy subordinate them”, (adding, “because I guess they’re little people, little problems.”)

However, they are NOT ‘our’ children. Nor are they Harris’. They belong to their own parents and families. Constant intervention destroys parental accountability by transferring it to the government. And although that is something very intentional by the Democrats, it is also extremely destructive to the family unit and the basic building block of society.

The Democrats claim everything they do is for the children; what they don’t say is that their policies usually end up hurting the children in the end, not to mention leaving them with huge debt in future.

It’s another example of the Democrats using government money – which, remember, is our money – to buy votes. The vast majority of children are not in poverty, and their parents don’t need the money. The current unemployment rate is 6.2%, which means that around 94% are employed. So why are the Democrats going to waste tax revenues by throwing our money at everyone?

As the former UK prime minister Margaret Thatcher once said, “Socialism works until you run out of other people’s money.” In America, the problem will be that the one percent who are earmarked to be taxed and pay for this spending spree will either change their citizenship to more tax-friendly countries or have their legal teams find loopholes. And that will leave everyone else to pay the bill.

Already 20 trillion dollars have been spent on this, and we are worse off than when we started. In reality, poverty is eliminated by preparing people to earn a living. Paying them not to work and have children they cannot afford only guarantees more poverty. But the Democrats want to see more poverty and more dependence on government money.

People cannot be lifted out of poverty as long as their inner poverty continues. And Democrats, as a whole, have always been dedicated to perpetuating people’s inner poverty. But they have never really intended to help anyone but themselves. Pandering to the masses ensures their perpetual stay in power. Who is not going to vote for ‘free everything’ in exchange for a vote? People have no scruples.

The Democrats’ actions prove how disingenuous they are. After all, America knows how to get people off welfare. Over 20 years ago, when Bill Clinton was president and Newt Gingrich the House’s speaker, the Democrats and Republicans got together and pushed through bipartisan welfare reform, getting people off handouts and back to work.

So, it seems obvious that the Democrats are back to their usual games: handouts for votes and their classic class warfare routine. Anything they can do to maintain their power is acceptable, even if it hurts people, keeps them down and ensures they depend on the government.

What does that suggest about social engineering?

Better to find your niche. Make your way. Be self-reliant. Hard-working. Proud to be American. Respect the police. Never defund them. The American way of life is open to all races. All ethnic groups. Everybody MUST pull their weight. What else can I say? Vote Republican.

The modern Democrat Party has morphed into the American Socialist Party. The Biden-Harris administration is about redistributing wealth, taking from those who have and giving to those who don’t, or at least those who support the Democrats.

After a few of these multi-trillion dollar bills, we’ll be looking at real money! Wait until we get to the point where we can’t service the interest on our debt. Printing money, defaulting on loans, hyperinflation… welcome to the new Venezuela.