Home / WORLD / Wayne Dupree: Democrats accuse Republican lawmakers of conspiring in the storming of the Capitol and want action. Seriously? 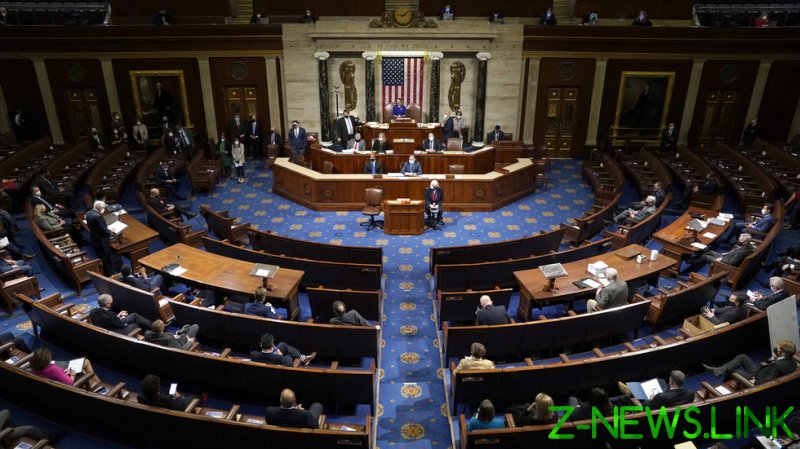 So Democrats are now accusing Republicans of helping alleged militia-like groups storm the Capitol. Let me get this right. Democrats claim that members of Congress aided rioters, without providing any proof, but want action taken against them anyway. But on the other hand, Democrats have incited and supported BLM and Antifa rioters, and there’s plenty of proof, but they are somehow not held accountable?

I think you can add the old quote, “You know you can fool some of the people some of the time, but you can’t fool almost 75 million people all of the time.”

Now the Marxist Criminal Democrats accuse Trump of inciting the protest at the Capitol building and they put in motion another illegal impeachment; again, where is the proof? None! Even with the lack of integrity and intelligence, the members of the Marxist Democrat Party are very consistent in their criminal quest to overthrow the government.

The president has all the evidence in the world of widespread voter fraud, yet no one will probably investigate. They impeach the president with absolutely no evidence other than his presence, alleging that he incited a friendly group of people who might have done what they did whether he was there or not. Who is surprised?

Since when did Democrats need hard evidence to prove anything? If they had bothered investigating the cause of the riot last week and the FBI had been more forthcoming, you would’ve discovered, as even the FBI says, the demonstration was planned for weeks – long before Trump spoke. But in seven days, Trump gets impeached again with absolutely no trial.

This is what they’re going to start doing to the rest of us, and our accusers will not have to prove any of the accusations they make. I don’t think the Nazis ever went away. I think they came to America in secret and became Democrats. Now you see, following the liberals’ lead, I don’t have to prove what I just said is a fact. It’s true simply because I said so.

It seems that Rep. Nancy Pelosi feels like she has President Trump down for the count, so who’s up next? It will be Trump supporters in the House of Representatives. She will now go after all the GOP members in the House to shrink their numbers. If anyone needed to use the last playing card against a reprehensible foe, it’s now. Somebody has to come forward with some form of Pelosi’s secret tapes. No, I don’t know anything, but I am sure somebody has taped one of her speeches of hatred.

The Democrat-controlled House will accomplish ZERO work for the American people for the next two years. Their mission is to try and destroy every Republican House member.

All the haters in the world threaten Trump and show pictures of him being killed, including his head cut off, but he has never hidden away under the bunker or behind 30,000 militaries.

The real problem is not the people out there that might take him out. It’s the people on the inside that might take him out. It’s like in the movies where suddenly all the guys pointing their guns at the good guy, turn and point their guns at the bad guy. They better carefully vet all the national guard. It would be someone in there that would pick him off.

Clearly, most sane, intelligent people are totally fed up with all politicians and all the accusations. Regardless of party, either provide evidence or keep your mouths shut. The average American citizen would likely face charges for making false accusations regarding another citizen, but politicians face no consequences. They ALL need to be removed from office.

In earlier times, such an accusation that the Democrats are laying on Republicans about coordinating with rioters to storm the Capitol Hill castle would be grounds for a duel. They are basically accusing fellow lawmakers of murder and insurrection.

These accusations must not be tolerated. Any accusation without evidence must be grounds for being expelled from office. Not censured, not promoted to some committee (like Maxine Waters), but expulsion. This is preposterous! We can’t allow this to continue on their level.

Provide evidence now, or we fight back and begin expulsion hearings. Beyond that, sue each and every Democrat that makes such an outrageous claim for libel and defamation to the tune of one million dollars per accusation.

We face four years of savage hate-filled rhetoric and devastating riots from the radial left Marxists. Our corrupt institutions and people have failed us miserably, including: the Justice Department, the FBI, the CIA, the judicial system, and the majority of the politicians in Congress.

American patriots have endured this wrong-minded thinking to destroy our Republic and the Constitution. The president is being accused of lies and insurrection; riots are exactly what the radical left has actually been doing for the last four years. Mr. President, for the love of God, please restore law and order in this country and help save our beloved Republic.