Home / WORLD / Wayne Dupree: Biden’s press secretary vows to deliver truth and transparency, but the words Democrat and truth are not synonymous

Wayne Dupree: Biden’s press secretary vows to deliver truth and transparency, but the words Democrat and truth are not synonymous 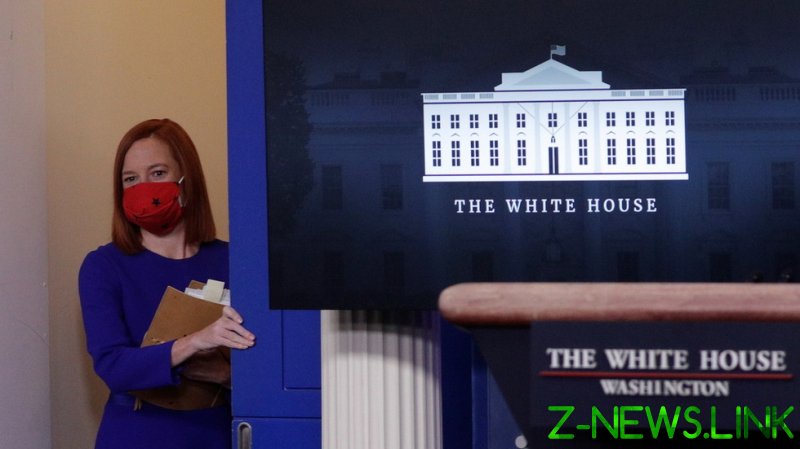 Former CNN employee Jen Psaki told the White House press briefing room that she’ll bring “truth and transparency back to the briefing room.” This is surely an interesting way to bring unity to the country, to take a jab at Donald Trump at every opportunity you can. Especially in trivial ways such as this, which don’t add anything to the conversation, except as a continued display of Trump Derangement Syndrome.

Say one thing, do another. ​It’s obvious! She started off the press briefings with a lie. She spoke about Biden “reversing the Muslim ban.” There was never a ban on Muslims. It was on countries that refused to ensure Americans’ safety; when they were given reasonable information on how to do that, those countries chose not to. Then, in true, current Democrat Party form, she took questions that had obviously been spoonfed to the left-wing marketers – sorry, I mean mainstream journalists.

​The Dems are still trying their old mind-control tricks to sway people’s thinking. Their entire goal the whole time Trump served as president was to slander and defame his character by making him out to be a horrible person. They also try to paint themselves as the only ones who know right and wrong, which obviously they do not – in fact, they couldn’t see the light if it were shone in front of their faces.

The Biden plan is to try to make the last administration out to be a complete lie, and to persuade us all to just fall in line, and that they are the righteous ones. But they don’t know what truth and righteousness really are, and that is what’s so sad. The media couldn’t have cared less about religion until they decided they needed to lie about Trump to turn the evangelicals away. They realized they had a problem, which is why they created a universe of lies.

I don’t consider the mainstream ‘news’ outlets valuable sources of information or believe they have any semblance of reason or truth-telling. They act as fawning cheerleaders for the Dems. They would have to have a total remake and conversion of mind, heart, and soul to be truth-bearers. They are nothing but workers of darkness for Lucifer, who is trying to have control and power.

​If the Biden-Harris administration is really interested in bringing back truth and transparency to the daily presidential briefings, here are a few things I suggest they start with.

First, give a complete and truthful account of the dealings with Ukraine over the withholding of money in return for that country firing a prosecutor who was investigating Burisma, a company of which Biden’s son Hunter was a board member.

Second, fully explain why documents prove Joe Biden met with Burisma executives, but his only response to that has been that he does not remember ever meeting any of these people. The meetings are apparently not on his “official calendar.”

That would be a great start, instead of the continued refusal to answer such questions, saying “that’s already been disproven,” when it has not been. So much for ‘transparency’.

​The White House’s appeal for unity will continue to fall on deaf ears as long as they continue to make disparaging and incendiary remarks against the Trump administration and all who voted for Donald Trump.

Maybe Pinocchio Joe will surprise me, but I doubt it.  You only have to spend a minute or two remembering the eight years of Barack Obama’s administration, when they dropped more lies on the American people than the record number of bombs they dropped on various Muslim countries around the world. They lied over the cost of Obamacare, broke their promise that people could keep their health insurance policies, had an administration full of lobbyists after promising they would have none, supported the unconstitutional surveillance of US citizens and… I could go on and on, but I just don’t have the space.

​I’m afraid that we are in the end times for our once great nation, and the behavior of our arrogant, self-serving politicians shows it loud and clear. I won’t and don’t trust them, and I never will.

The funny thing is, when Trump was in office, it was the first time in decades that the American worker actually had trust in their government. How are we EVER going to believe politicians, on either side, after this election’s lies and deceit?