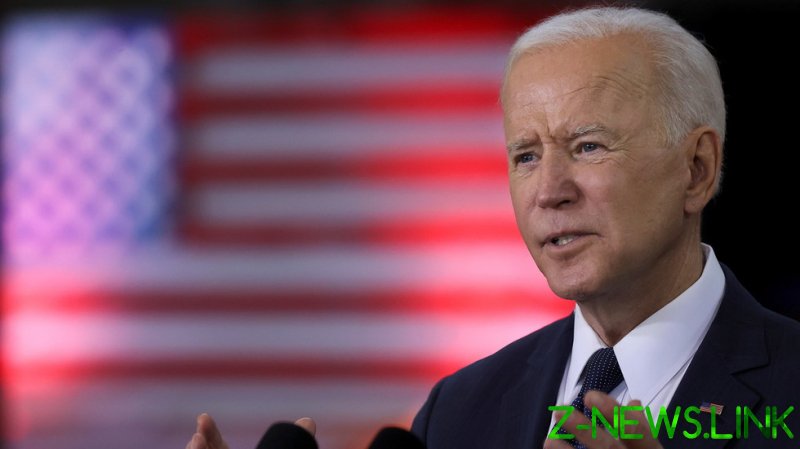 On March 25, Georgia’s Republican Governor Brian Kemp signed a new voting bill, SB 202, into law which has sparked a huge backlash from Democratic officials and activists who have called the legislation “Jim Crow in the 21st century.”

​Democrats know that no one is suppressing voters’ right to vote, especially not with this bill. It is also known as the ‘Election Integrity Act of 2021’ because that is exactly what it seeks to do: to make that state’s elections cleaner and less open to abuse and fraud.

So, for example, it requires an ID number or photocopy of an ID to request and return ballots, reduces the time frame in which voters can request absentee ballots – and prohibits anyone but poll workers from distributing food or drinks to voters waiting in line.

But for Joe Biden and other leading Dems, it’s as if Governor Kemp had issued an edict banning people of a certain colour from voting. “What I’m worried about is how un-American this whole initiative is,” the president declared. “It’s sick. It’s sick. … Among the outrageous parts of this new state law, it ends voting hours early so working people can’t cast their vote after their shift is over.”

Er, no. It doesn’t. And even the left-leaning Washington Post conceded Biden was plain wrong and awarded him “Four Pinocchios” for his lie, explaining the bill actually “expanded early voting for many Georgians.”

Federal law protects the right to vote, and I don’t recall a single case brought by anyone who claimed he or she has or will be denied the ability to vote. Believe me; if that had been the case, we would have heard about it loud and long from the Democrats. This is just a fig leaf that hides their real concern – that they won’t be able to game the system as easily as they have in the past. That’s all this is about.

The left has been fooled by the recent election into believing they are the majority in this country.

​Do you want to talk about voter suppression? Okay, let’s do that. In 2014, over 600,000 Illinois voters signed petitions to get a term-limits referendum on the statewide ballot. Knowing the referendum would pass overwhelmingly, Dems used every trick in their evil book to invalidate those petitions. They did so by challenging the signatures of voters, petition passers, and even the way petitions were stapled.

When their efforts turned up zero, they got their state court appointees to invalidate the referendum by claiming constitutional amendments have to affect the structure of the legislature, not individual lawmakers. The results, my friends, was that 600,000 petition signers and EVERY voter in the state were disenfranchised.

Dems hate anything the Republicans do, even when it is obviously correct. The knee-jerk reaction to the Georgia bill without reading and understanding it displays the Dem position perfectly: anti-American unless it leads to a permanent one-party state led by them.

​They have forgotten about middle-of-the-road Democrats that may not have liked Donald Trump and voted against him, but who do not care for our borders being overrun and taxes going through the roof. No, an awful lot of people forget these moderate, ordinary Americans exist. They do, and there are more than the elites think. A pushback is coming, and this may be just the spark that was needed. To see such a horrible attack on a law that is not doing anything is beyond common sense. And that is one thing the left is sorely lacking. Another is that they don’t understand this country at all. People are smarter than these folks think.

Biden’s demonstrably false and incendiary words led to a parade of ‘woke’ CEOs denouncing Georgia’s law, from Delta Airlines’ Ed Bastian and Coca-Cola’s James Quincey agreeing it was “unacceptable”, to Apple’s Tim Cook saying “American history is the story of expanding the right to vote to all citizens.”

​I’ve never been a big fan of any form of boycotting. But, since the left is using it against states to control them, it’s only right that the power of conservatives and fair-minded independents be used against those companies trying to usurp the wills of the states that strengthen their voting requirements.

So look out, American, Delta, and Coke, we are not coming to buy you; we are avoiding you so that you get back in line as a non-political entity.

When it comes to boycotting companies, it isn’t about making them go bankrupt. If that happens, it is merely a side-effect of the boycott’s real motive. The real motive is to stop our personal money being spent on things that we fundamentally oppose. When Coca-Cola decided to spend money telling employees to be less white, it feels right to tell them how we feel about their use of money they earn from us. In the early 1800s, abolitionists stopped buying sugar, coffee, cotton, tobacco, or other commodities produced using slave labor and paid more for products made by free men. That way, their money wasn’t making it profitable to keep slaves. Our desires in boycotting these woke companies won’t bankrupt them, but it is our way of saying we won’t help make them profitable.

​Most sports stadiums were built with tax dollars, are maintained with tax dollars, and receive tax abatements so that sports team owners pay very little if any taxes. Due to the actions of Major League Baseball in moving the July 13 All-Star Game out of Atlanta because of the new law, and the knee-takers in the National Football League, these facilities should immediately be deemed political in nature and lose all taxpayer financial support. Give these wasted tax dollars back to the people so that they may tend to themselves and their families.

​Any corporation that participates in these actions is engaging in politics and should immediately lose any tax incentives to encourage their business. These ‘woke’ businesses will implode on themselves. Meanwhile, businesses with common sense are moving to Red States like Texas and Florida, where they get tax breaks and big business with no lockdowns.