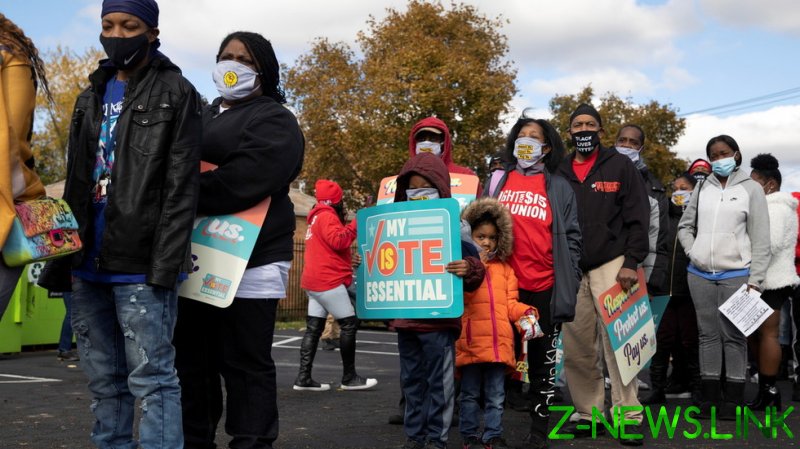 In a 4-0 decision late on Tuesday night, Wayne’s Board of Canvassers voted to validate the outcome of the race in the country, a heavily Democratic-leaning district that encompasses Detroit. The move was announced by Michigan Secretary of State Jocelyn Benson on CNN moments after the vote concluded.

“Well, it appears that the truth won in this scenario,” she said. “Basically, the evidence is clear, there were no irregularities, there was no evidence of widespread fraud, and in fact there were simply minor clerical errors… actually less clerical errors than in the past election.”

While Benson declared “no irregularities” in the race, the officials agreed to certify only on the condition that her office would carry out a “comprehensive audit” of precincts with anomalous or unexplained tallies. It is unclear on what basis Benson concluded there were no aberrations prior to that audit.

Just hours earlier, President Trump hailed a refusal by the Wayne Board to certify the result, which stemmed from a 2-2 tie vote, posting a number of tweets celebrating the move. But the sudden reversal later on Tuesday night could dash hopes that the president will flip Michigan red, which while a longshot was possible given the 867,409 ballots at stake. With nearly all votes reported, Trump sits about 146,000 behind his Democratic rival Joe Biden.

Benson continued to take shots at Trump after her CNN appearance, lambasting him as “wrong again” while sharing his victory-lap tweet about the earlier decision in Wayne.

The Board’s initial vote – which was broadcast online via Zoom – was met with hours of fierce condemnation after the meeting opened up to comments from the public, some denouncing the two no-voting Republicans as a “disgrace,” as well as “racists” without a “shred of human decency.”

The final unanimous decision was also meant to be livestreamed, however technical errors caused the video feed to cut out, only resuming after the vote had already taken place. The meeting was adjourned soon after, apparently failing to stoke the same outrage as the first attempt.

Trump has repeatedly alleged widespread voter fraud in the 2020 race, insisting this year’s ramped up mail-in voting would be highly vulnerable to meddling. He and his allies have also pointed to supposedly faulty election software used in various states, and have charged that GOP poll-watchers were barred from “meaningful access” to the counting process. The Trump team has taken local and state officials to court in a number of key battlegrounds, including Pennsylvania, Wisconsin and Michigan, and has called for a recount in Georgia.