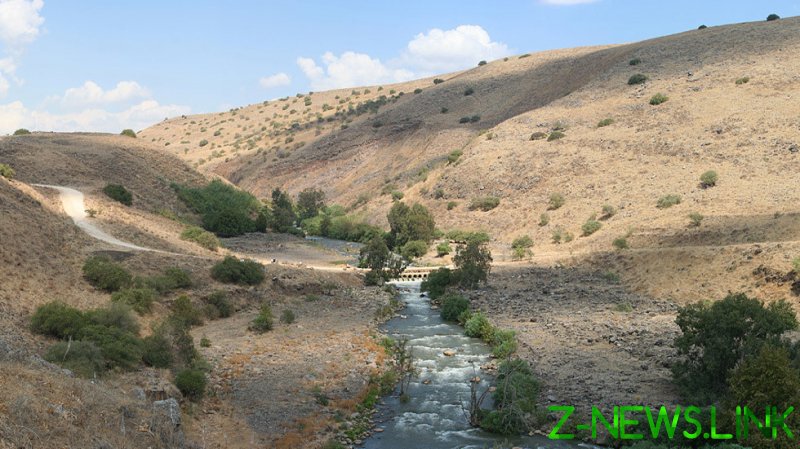 Netanyahu’s decision – reportedly influenced by a souring of his personal relationship with Jordanian King Abdullah II – went against the security services recommendation to avoid risking historic water-sharing agreements critical to peace in the region.

According to the Haaretz newspaper, Netanyahu did not “respond positively even though professionals in water matters and defense establishment officials recommended acceding to the request.”

In accordance with the 1994 peace agreement between the two neighbours, Israel routinely supplies the kingdom with water it pumps out of the Jordan river. There has also been a tacit understanding between the countries that Amman could ask for – and would be granted – additional amounts during dry seasons.

The latest request, submitted earlier this month, was discussed last week by a bilateral joint committee. However, as Haaretz reported, “Netanyahu and the National Security Council delayed their answer in a manner that attested to his intention of denying the request.”

The episode revealed the depth of the crisis between the two countries – at least part of which has been attributed to “personal friction” between the two heads of state.

“The major problem is there is no dialogue between the No. 1’s, that is the prime minister and the king of Jordan,” Oded Eran, a former Israeli ambassador to Jordan, told Al-Jazeera.

Noting that the “lack of trust” had been exacerbated by Israel’s moves last year to annex parts of the occupied West Bank, Eran said the two leaders might not have met or spoken for at least three years.

In recent weeks, the two countries have engaged in public tit-for-tat snubs. According to the Middle East Monitor, tensions mounted after Netanyahu’s pre-election visit to the United Arab Emirates (UAE) earlier in March – what would have been his first since signing normalization agreements last year – had to be called off.

Although the official line put the cancellation down to “difficulties in coordinating his flight in Jordan’s airspace,” Israeli broadcaster Kan reported that Jordanian authorities had refused to clear any routes through its airspace.

According to Israeli daily Maariv, an incensed Netanyahu responded by directing aviation authorities to close Israel’s airspace to flights from Jordan – in flagrant violation of the peace agreement. The order was later rescinded.

That episode came a day after a dispute over security arrangements over a proposed visit by Jordan’s Prince Hussein to the Temple Mount compound in Jerusalem. According to Haaretz, the Jordanians demanded that the prince be accompanied by an entourage of his armed bodyguards.

“A compromise was reached with the Shin Bet [Israeli’s internal security force] regarding the number of guards and the weapons they would carry, but then another dispute broke out over the prince’s wish to visit some churches in the city. The Shin Bet objected and the Jordanians canceled the visit,” the paper reported.

Netanyahu was recently quoted as saying that “the Jordanians need us much more than we need them.” As well, journalists with ties to the prime minister have reportedly presented Jordan as “a weak state whose importance is diminishing against the backdrop of Israel’s normalization agreements.”

According to Haaretz, however, Israel’s defense establishment sources have “strongly disputed this assessment” and continue to view Jordan as a crucial national security ally.