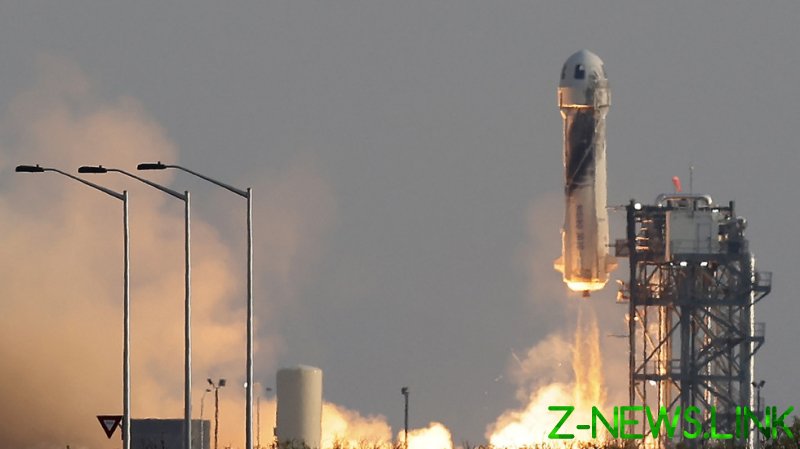 The Government Accountability Office (GAO) rejected Blue Origin’s protest on Friday, stating that NASA was within its rights to select a single company – SpaceX – to build its lander. NASA signed a contract worth almost $3 billion with SpaceX in April, after earlier saying it would take bids from multiple contractors.

The GAO also rejected a protest by defense contractor Dynetix, which also hoped to bid for the NASA contract. In a statement, the GAO said that NASA “reserved the right to make multiple awards, a single award, or no award at all.”

When NASA awarded the contract in April, it said that SpaceX bid was highly rated and represented “the best value to the government.”

Bezos was undeterred, however, and earlier this week offered NASA $2 billion if the agency switched to Blue Origin’s bid. “Blue Origin will bridge [NASA’s] budgetary funding shortfall by waiving all payments in the current and next two government fiscal years up to $2bn to get the program back on track right now,” Bezos wrote to NASA Administrator Bill Nelson. In return, Bezos wanted Blue Origin to get a fixed-priced contract for the construction of a spaceship for NASA’s moon mission, slated for roughly 2024.

In addition to offering a lower initial bid, SpaceX has experience working with NASA already, bringing three agency astronauts to the International Space Station last November. The historic flight marked the first time a commercially-developed rocket was used on an ISS mission.

Blue Origin has lost out to SpaceX in the bidding wars before. NASA leased a launch pad in Florida to Musk’s company in 2014, after the GAO rejected similar protests from Bezos’ firm.

Bezos himself got a small taste of space exploration last week, taking a short trip into suborbital space aboard Blue Origin’s New Shepard rocket and capsule. The Amazon CEO and world’s richest person was “beaten,” however, by Virgin Galactic CEO Richard Branson, who a week earlier traveled to the edge of the Earth’s atmosphere aboard his company’s Unity 22 spaceplane. However, Blue Origin took issue with Branson’s flight, claiming that as the Virgin tycoon hadn’t crossed the Karman Line (100km above sea level), he wasn’t technically in space.