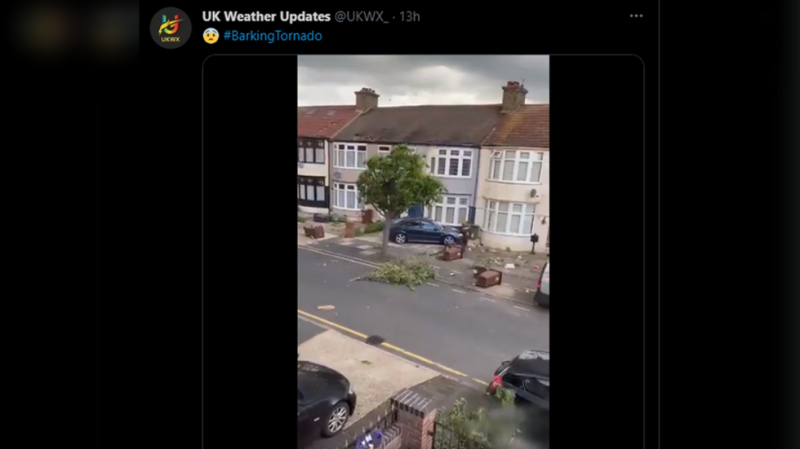 Locals phoned the police on Friday evening to report what appeared to be a miniature tornado ripping through several streets in the area. The not-so-gentle breeze wreaked havoc on parked cars and rubbish bins.

One video shows a tree being dragged down the street by the forceful gusts, while another clip shows a completely collapsed wall, its remnants covering the nearby pavement.

Rubbish and other debris were sent flying through the air. While the bizarre incident only lasted for a few minutes, it caused significant property damage, with residents reporting shattered windows and battered roofs. One local told Sky News that she feared that the winds would cause her house to “cave in.”

Emergency workers arrived at the scene within minutes, and thankfully no injuries were reported.

Barking and Dagenham Police said in a statement that they couldn’t confirm that the minor weather catastrophe involved an actual tornado, but they noted that there had been a lightning strike in the area during the time of the incident.

In a separate comment, a spokesperson for the Metropolitan Police said that a tornado is suspected of causing the chaos, but that this information cannot be confirmed.

The extreme weather event comes after five people were killed and hundreds injured by a rare destructive tornado that tore through several villages in Moravia, in southern Czech Republic.