WATCH US troops land in Europe 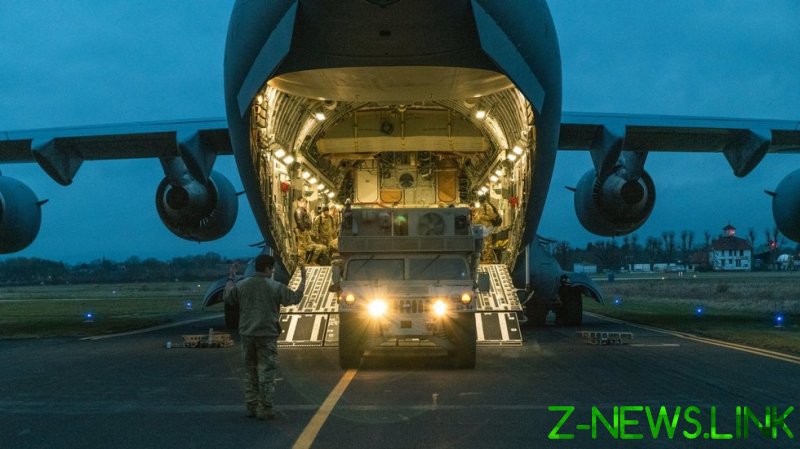 Soldiers with the US Army’s 18th Airborne Corps touched down at Wiesbaden Army Airfield on Friday, unloading vehicles and equipment from military transport planes. The soldiers are the first of 2,000 US troops ordered to NATO countries in Eastern Europe amid ongoing tensions between Washington and Moscow over Ukraine.

According to the US’ European Command, the soldiers will set up a headquarters in Germany, while 1,700 paratroopers with the Army’s 82nd Airborne Division head to Poland, which borders Ukraine. Altogether, 2,000 troops from Fort Bragg in North Carolina will head to Europe over the coming days.

Video footage showed the troops disembarking their planes on Friday evening and unloading packs and vehicles.

The deployment is intended to “deter and defend against any aggression” from the Russian military, said the White House, which maintains that Russia is planning an attack on Ukraine. Moscow has denied these claims, and rubbished allegations by US intelligence agencies that it is planning on staging a ‘false flag’ incident to justify such an attack.

The US maintains that Ukraine should be allowed to join the NATO alliance, something that Russia has for decades deemed an unacceptable threat to its security. Throughout negotiations, Moscow has demanded that the US and NATO halt the continued expansion of the Cold War-era alliance, but leaders in Washington and Brussels have refused to consider such a move.

Russia’s Deputy Foreign Minister Alexander Grushko has called the US deployment a “destructive step” that would only “delight” the Ukraine’s pro-Western government, as well as “increase military tension and reduce the margin for political solutions.”