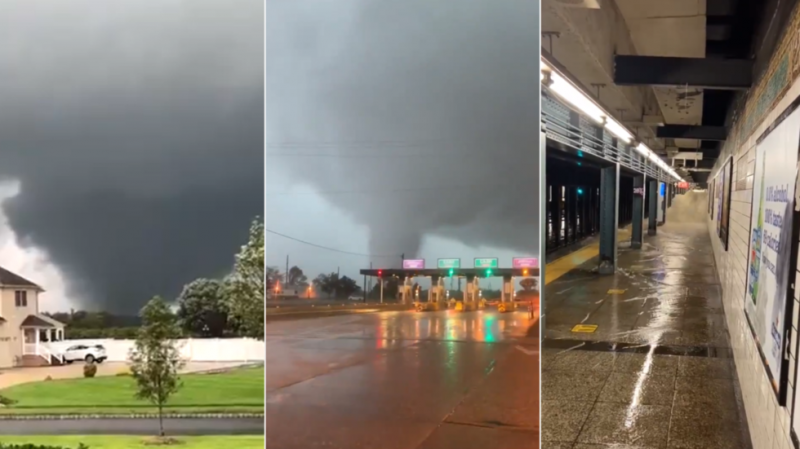 Extensive damage to homes was also seen in other videos making the rounds, as well as flooded streets in Hoboken.

In the Big Apple, meanwhile, the city’s National Weather Service (NWS) issued its first-ever flash flood emergency, while the main NWS branch warned of an “extremely dangerous and life-threatening situation.”

New York’s streets, and even some apartments and backyards, were seen drenched by the torrential rains, virtually shutting down some roadways.

The city’s subways also saw major flooding, with some terminals verging on becoming canals as water gushed in.

The freak weather comes as the remnants of tropical storm Ida – which made landfall as a category 4 hurricane – makes its way through the East Coast. While Ida was downgraded to a tropical depression on Monday, it has nonetheless brought severe weather to cities in its path, having devastated swaths of Louisiana and Mississippi after first reaching land.