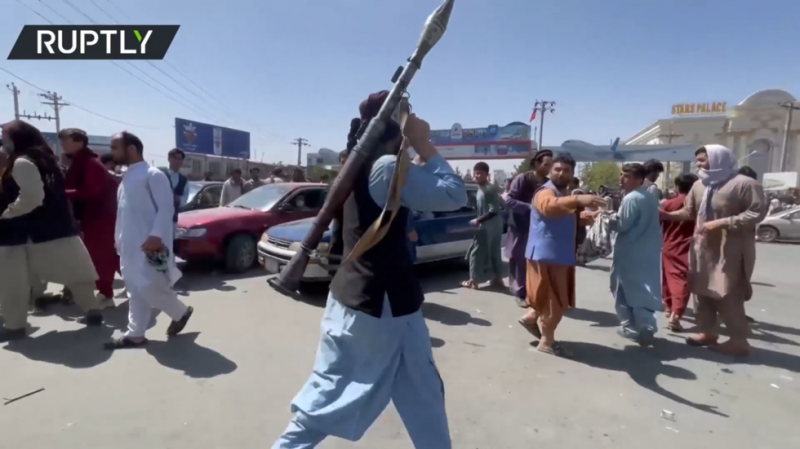 Kabul airport, which saw chaotic scenes overnight and throughout Monday amid the hasty evacuation of foreign troops, diplomats and their local helpers, continues to remain a hotspot for people seeking to leave Afghanistan.

Hundreds gathered outside the facility’s gates, footage from the scene shows, seeking to get inside. Multiple Taliban fighters were spotted right at the airport entrance, repeatedly firing into the air in an apparent attempt to control and disperse the crowd.

Aside from small arms, the militants also sported some heavier weaponry, as well as several armed trucks. At least one Taliban fighter was seen carrying an RPG as he patrolled through the crowd.

At least seven people have been killed at the airport since Sunday night, according to media reports citing US officials. Hundreds of Afghans flocked to the airfield in a desperate attempt to leave the country, as the Taliban entered the capital and President Ashraf Ghani also took flight.

Some of those trying to find passage on the departing flights were also filmed invading the tarmac runway area, even climbing onto US military planes. Several Afghans fell to their deaths as the aircraft took off, disturbing footage circulating online showed on Monday.