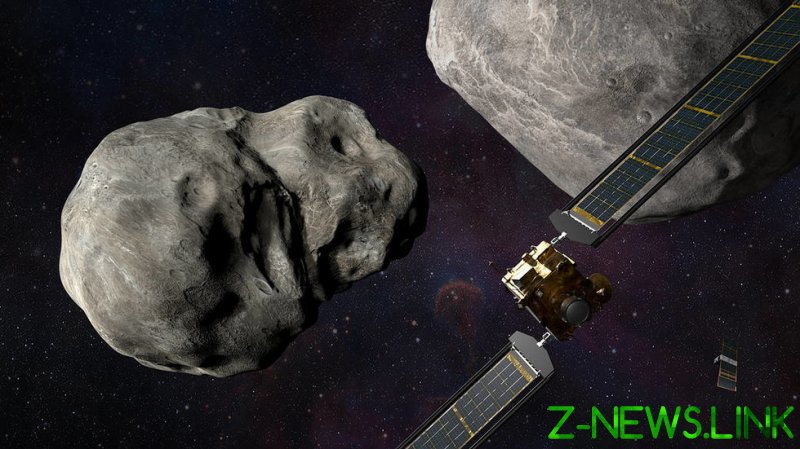 The Double Asteroid Redirection Test (DART) vehicle was mounted on one of SpaceX’s Falcon 9 rockets and launched starting at 22:20 Pacific time on Tuesday (01:20 Eastern on Wednesday).

This is NASA’s first ‘planetary defense’ mission in the $330 million program, and the first time SpaceX launched a spacecraft to another celestial body. Elon Musk’s company won the $69 million launch contract in 2019.

“This is just the coolest mission. Thank you all for enabling SpaceX to be a part of a really important planetary defense mission,” Julianna Scheiman, the company’s director of civil satellite missions, said at a press conference on Tuesday.

The asteroid itself is called Dimorphos, and orbits a larger asteroid known as 65803 Didymos. About 10 months from now, DART is supposed to strike the smaller space rock at a speed of approximately 6.6 kilometers per second, changing the speed of the moonlet by a fraction of a percent – enough to be observed and measured from Earth.

The impact will also be documented by a smaller satellite, developed by the Italian space agency and launched from DART prior to the kinetic strike.

NASA hopes to learn if this method can be used to ‘deflect’ an asteroid of this size from a trajectory that might cause it to strike Earth.

Dimorphos itself is “not a threat” to our planet, said Thomas Zurbuchen, associate administrator of the NASA Science Mission Directorate – but a rock of that size might be at some point in the future. While no known asteroid in this category is on a collision course with Earth in the next 100 years, NASA estimates that 60% of such space rocks remain undiscovered as of October 2021.