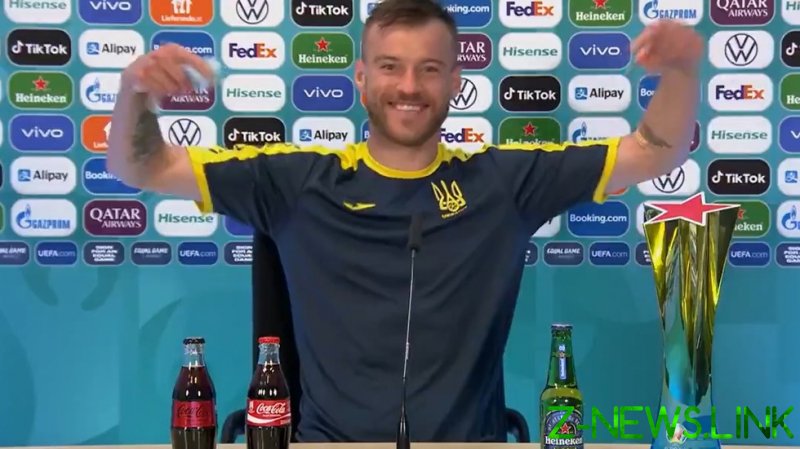 One of the subplots to this summer’s Euros has been the sponsorship snubs by the likes of Ronaldo and Pogba, after the Portugal icon implored people to drink water rather than Coke and the French midfielder appeared nonplussed at a bottle of Heineken being placed in front of him, despite it being of the non-alcoholic variety.

Following his man-of-the-match performance in Ukraine’s 2-1 win against North Macedonia in Bucharest on Thursday – in which he scored and registered an assist – Yarmolenko was clearly in a playful mood as he appeared in front of the media.

Joking with reporters, the forward closed his conference by saying with a laugh: “I saw Ronaldo got rid of the Coca-Cola, I want to put it here and the Heineken here…

“Get in touch with me!” the star striker then implored the brands.

In Cherchesov’s case, he went viral after he was seen swigging on a bottle of the black stuff at a press conference before his team played Finland earlier this week.