WATCH: Shocked motorists beep their horns as Asian black bears walk onto highway to beg for food from cars in Russia’s Far East 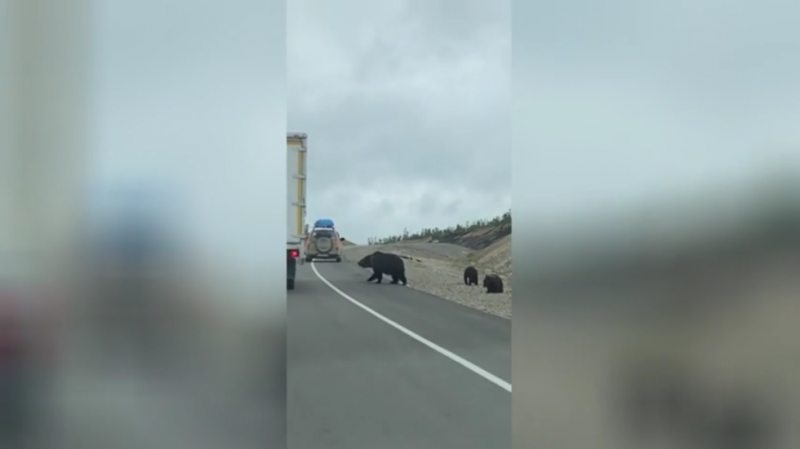 As seen in the footage, filmed earlier this month but only published on Sunday, a bear and a group of cubs fearlessly approach vehicles, standing on their hind legs.

The incident happened on a highway in the Amur region, close to Russia’s frontier with China. The route, which goes from the city of Tynda to a small village called Never, is lined on both sides with vast forest. In the video, motorists can be heard using loud car horns to try to scare the bears away.

The Amur region is known for its beautiful landscapes and incredible wildlife. Aside from bears, the forests are also home to Mongolian wolves and Amur leopards, as well as the famous Siberian tiger. The animals in the video appear to be Asian black bears, a species determined by the IUCN Red List of Threatened Species to be ‘vulnerable.’

Last year, a shelter in Russia’s Far East successfully collected enough money to rehouse an orphaned Asian black bear after it was found in a tiny cage. Named Artem, it was sent to the Kiparisovo shelter, a specialist facility that looks after bears that are not adapted to life in the wild. Animals living at Kiparisovo have been seized from people who kept them illegally.