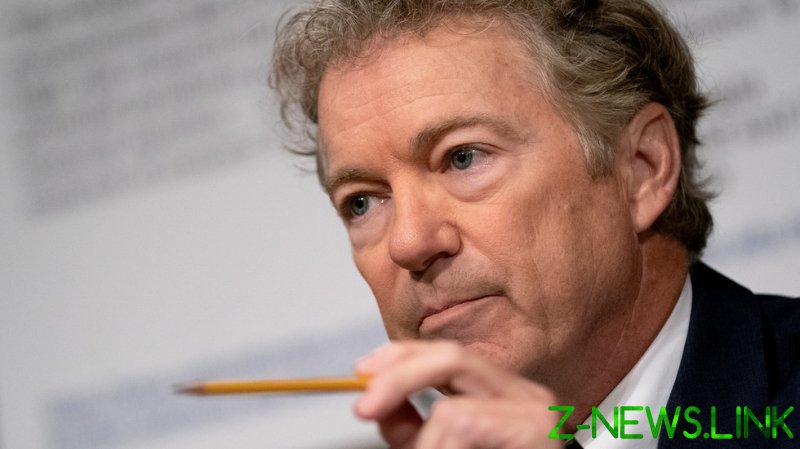 Pressed by Paul (R-Kentucky) on whether the August 29 strike killed an aid worker or an ISIS-K operative, Blinken testified in a Senate hearing on Tuesday that the Biden administration is reviewing the incident, and “a full assessment will be forthcoming.”

Paul then stung Blinken with the obvious, saying, “Well, see, you’d think you’d kind of know before you off somebody with a Predator drone whether he’s an aid worker or he’s an ISIS-K.” He added that the US has a recent history of drone strikes with unintended casualties, including “hundreds and hundreds of people” who were killed remotely by the Obama administration, and civilian casualties lead to “blowback.”

“I don’t know if it’s true, but I see these pictures of these beautiful children that were killed in the attack,” Paul said of reports that seven children and three other people were also killed in the drone strike. “If that’s true, and not propaganda, guess what, maybe you’ve created hundreds or thousands of new potential terrorists from bombing the wrong people.”

The New York Times said on Friday that its investigation of the incident found that  the drone strike took out an aid worker and the children who came to greet him – not an ISIS-K terrorist with a car bomb, as the Pentagon had claimed. The newspaper found, too, that contrary to US government claims, there was no evidence of “secondary explosions” to suggest that the car was rigged with explosives. The worker, Zemari Ahmadi of US NGO Nutrition & Education International, had loaded containers of water in his car.

Pentagon spokesman John Kirby said on Monday that he couldn’t confirm who was killed in the drone attack, but “the strike was taken to prevent an imminent attack on the airport.” The strike came three days after an ISIS-K suicide bombing at the Kabul airport, which killed 13 US troops and 169 Afghans.

Paul noted that he had advocated ending the war in Afghanistan for a decade, but he never conceived the “colossal incompetence” he would witness as the Biden administration carried out the US withdrawal. He called the US abandonment of the Bagram Air Base more than a month before the withdrawal was completed “one of the worst military decisions in our history.”

“Holding no one accountable, having everyone circle the wagons and say, ‘Hey, we all agreed abandoning Bagram Air Force Base was a great idea,’ this is going to be remembered by the people,” Paul said.

The senator said the Biden administration added “insult to injury” by announcing $64 million in new humanitarian aid to Afghanistan. Although the administration has said the money will be given to charities and United Nations agencies, bypassing the Taliban, Paul said the Islamist group has a history of taking such donations.

The US also has earmarked $10 billion for the Afghan government, which Paul predicted will be given to the Taliban “if they behave.” Blinken acknowledged that the Biden administration will only withhold funds “absent the Taliban making good on the commitments and expectations of the international community.”

“Really, the fact that you’re entertaining good behavior, that they get more money, I think is a big mistake and a naive notion that we’re going to somehow change this Stone Age philosophy by giving them more of our money,” Paul said. “We’ve sunk trillions of dollars. This is our chance to have a peace dividend. Let’s stop sending good money after bad.”