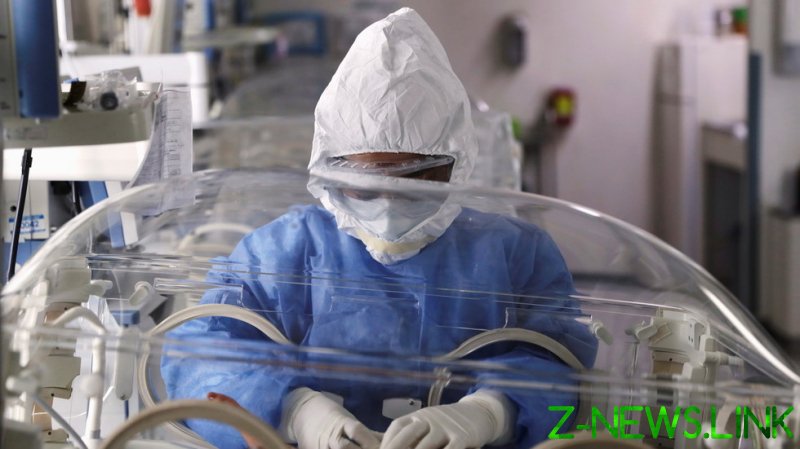 The group of researchers from Australia, Germany, Switzerland, and Canada developed a non-invasive, extremely delicate sensor-belt which they wrapped around the newborn infants.

They recorded over 1,400 breaths taken by 17 infants delivered through an elective caesarean section. The images captured the process of lung aeration, or the switch from having the placenta exchange gases for the infant to inflating and breathing through their own lungs.

“There is a reason why parents, midwives, and obstetricians are pleased to hear those first life-affirming cries when a baby is born.”

As the newborns are pushed through the vaginal canal, the fluid which once filled their lungs is gradually forced out, resulting in an adrenaline spike as the child learns to breath for itself for the first time.

The initial cries of an infant actually serve to regulate their breathing and help their lungs adapt to the new regime out in the real world. The researchers also noted that, at least initially, infants’ breathing appears to be right-lung-dominant, though it is unclear why.

Crying dominated the first minute after birth, as the babies inflated their lungs and cleared out the residue, while just six minutes later, they had eased into what is known as ‘tidal breathing’, a far more relaxed state.

Roughly 10 percent of all newborns, and almost all children born before the 37-week mark, require breathing assistance in the delivery room, and oxygen deprivation at birth can have dramatic consequences for brain development.

“This new technology not only allows us to see deep into the lungs but is also the only method we have of continuously imaging the lungs without using radiation or interrupting life-saving care,” says Tingay.

“This study has shown that babies’ lungs are far more complicated than traditional monitoring methods had previously suggested.”