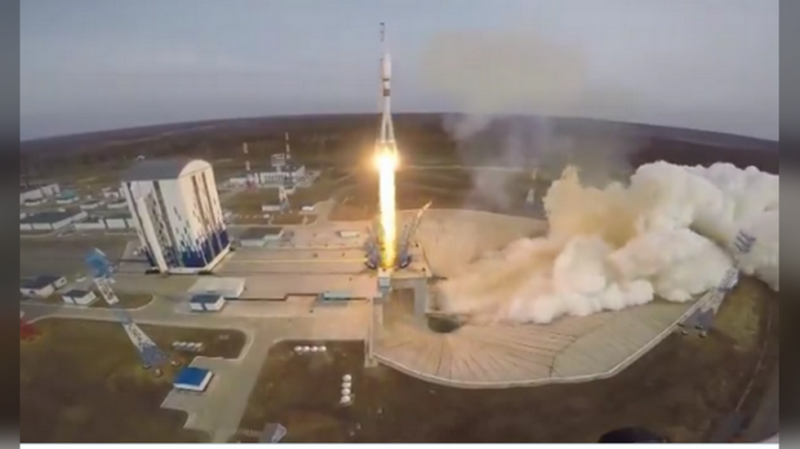 The rocket took off at 7.14 a.m. local time (2214 GMT) on Sunday. The launch went without a hitch, with all the rocket’s stages detaching according to the schedule. The head of Russia’s space agency Roscosmos, Dmitry Rogozin later confirmed that all 36 satellites successfully separated from the carrier.

OneWeb also confirmed that all its satellites have been on the way to their operational orbit, adding that they will provide more details about their final position as soon they recieve signals from the satellites.

Earlier this month, OneWeb said that it will be dedicating the launch to the 60th anniversary of Yuri Gagarin’s landmark trip around Earth, celebrated on April 12th.

“We’re commemorating this achievement by revealing that we’re marking our 6th Launch with Yuri Gagarin on the mission patch,” the company revealed in a Twitter post.

Sunday’s launch is the sixth time a Russian Soyuz rocket orbited satellites for OneWeb as part of an ambitious project to put a constellation of 650 satellites into space to improve global internet coverage.