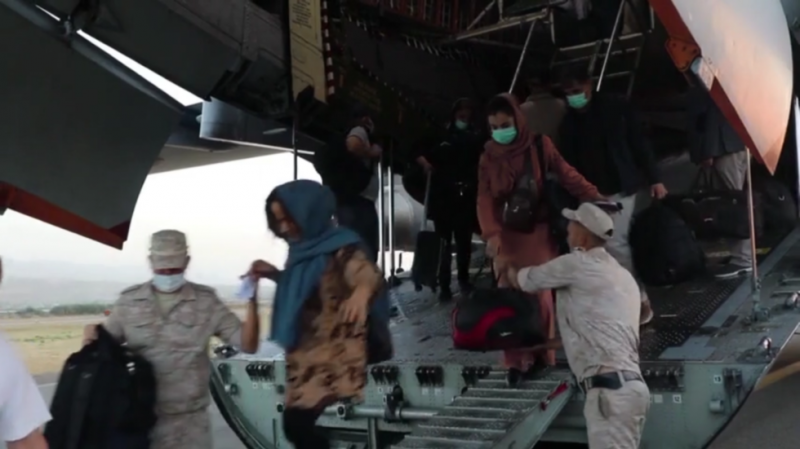 The Russian Defense Ministry’s military transport Il-76 planes arrived at the Kabul airport on Wednesday to take citizens of Russia and other former Soviet republics home.

Videos obtained by RT show people, many of them families with children, getting on board the giant Russian transport aircraft that were turned into double-deck passenger planes to accommodate as many people as possible.

The planes were laden with food and drinking water so that the evacuees could have a snack on board. The Defense Ministry has said that medical teams would also be on board, to provide any help the evacuees may need.

Another video shows an Il-76 taking off from the Kabul airport and flying over the Afghan capital. Two of the flights were shown landing in Tajikistan and Kyrgyzstan.

It is unclear how many people were evacuated on Wednesday, but the Russian Defense Ministry had earlier said it was planning to evacuate over 500 people from Afghanistan. The list includes Russian citizens as well as those of Belarus, Kyrgyzstan, Tajikistan, Uzbekistan and Ukraine.