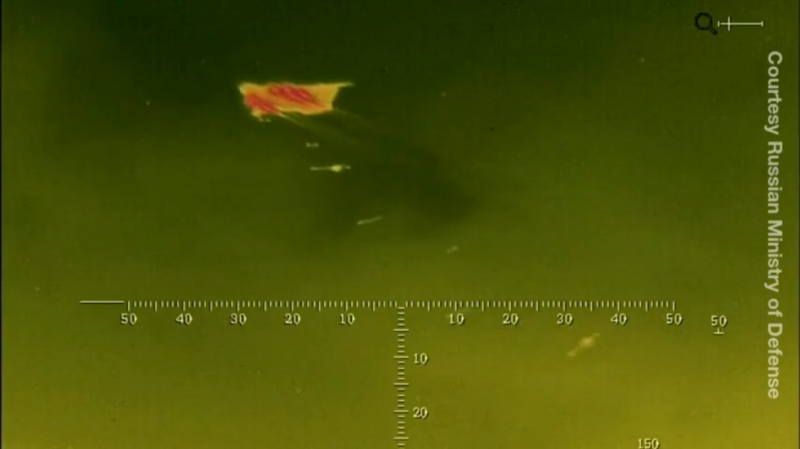 Some 600 Russian paratroopers were airdropped from several Il-76MD-90A military transport aircraft at an altitude between 600 and 1,000 meters on Friday night, the Russian Defense Ministry said in a statement. The troops had to rely on night vision equipment during their training mission because they were descending in complete darkness and “unfavorable weather conditions,” the ministry added.

Footage released by the Russian Defense Ministry shows the paratroopers boarding the military aircraft with their heavy equipment before being airdropped into the darkness. The paratroopers can then be seen engaging the simulated enemy right after landfall. Some parts of the video were recorded using infrared and night vision cameras.

The paratroopers, who were airdropped together with nine pieces of heavy equipment to a training area in Russia’s northwestern Pskov region, had to seize an airfield of a simulated enemy and hold it until the arrival of other forces. After that, they marched 100 kilometers to another training area where they destroyed simulated enemy targets, captured territory and had mobile defense and state border defense drills, the ministry’s statement said.

The Zapad-2021 drills – huge war games spanning half the width of Europe – began on Friday. The drills that primarily involve Russian and Belarusian troops are held across 14 separate training grounds from the Baltic Sea to Central Russian cities like Voronezh and Nizhny Novgorod.The drills are held every two years to test the level of combat readiness of Russian and Belarusian troops to defend the Union State, which binds the two nations.

The drills involve a total of 200,000 soldiers over 80 aircraft and up to 760 heavy military equipment pieces, including 290 tanks as well as 15 warships, the Russian Defense Ministry said in a statement on Saturday.

However, Moscow’s military commanders insist that while the drill involves large numbers of squadrons and military hardware, the amount of troops involved in any one set of exercises does not exceed 6,400, in line with requirements under international law.

Troops from some other nations, including India and Mongolia as well as former Soviet republics like Armenia, Kazakhstan and Kyrgyzstan are also taking part in the drills. Some 2,000 soldiers from outside the union of Russia and Belarus are involved in the exercise, the Russian ministry said.