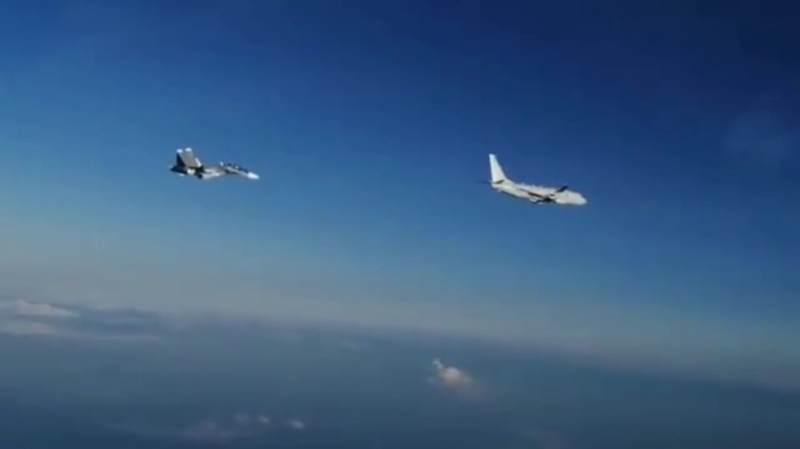 According to the National Defense Control Center, on Tuesday evening two planes were scrambled after the radar detected a target approaching Russian airspace.

“The crews of the Russian fighters identified the aerial target as a Boeing P-8 Poseidon aircraft and escorted it over the Black Sea,” the National Defense Control Center said.

The Poseidon, initially introduced in 2013, is a plane currently in use with the US Navy. It can perform military operations against surface ships and submarines, and carries the notorious Harpoon missile.

The Black Sea is currently seeing increased military activity due to NATO’s Sea Breeze multinational naval exercise. The large-scale drills, which involve the US, UK and Ukraine, as well as a handful of other European nations, are seeing the participation of around 4,000 personnel, 40 warships and 30 aircraft.