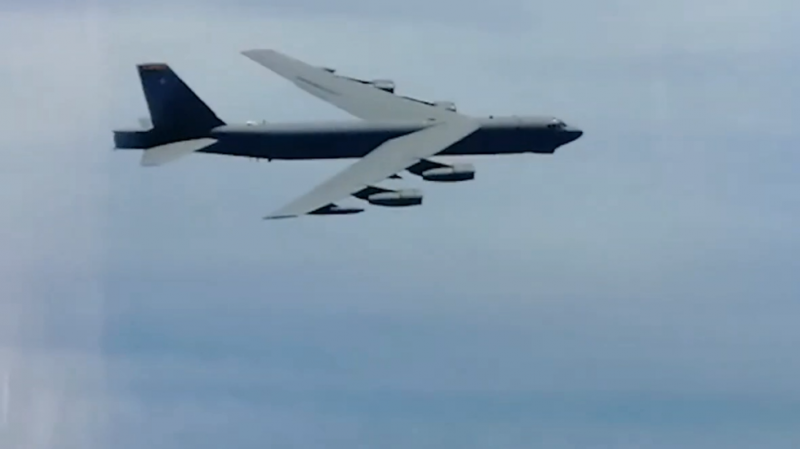 “The Russian fighter crews identified the aerial targets as B-52H strategic bombers of the US Air Force Global Strike Command and escorted them over the waters of the Bering Sea,” the center said.

After the bombers turned around, the Russian fighters returned to their home airfield, and there was no reported violation of state borders.

The Boeing B-52 bomber, also known as the Stratofortress, is a long-range, jet-powered plane first introduced in the 1950s.