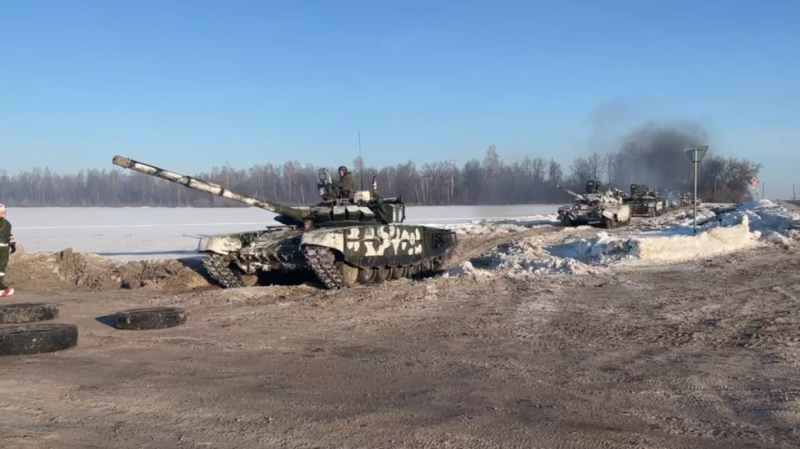 The Russian Ministry of Defense published on Tuesday what it said is fresh footage of Russian tanks and other heavy weapons being loaded to return to Russia from neighboring Belarus.

Footage of hardware returning home was released a day before many Western media outlets claimed Russia was going to invade Ukraine. Numerous reports said forces deployed in Belarus were going to take part in this ‘invasion.’ The US cited Wednesday as one of the possible days of the attack, which Moscow denied ever preparing in the first place.

The equipment was shipped to Belarus to take part in a massive joint military exercise that the two militaries held this month.