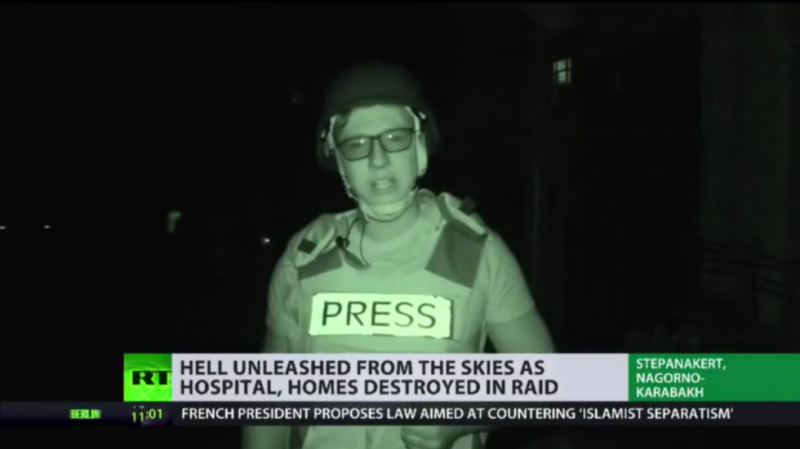 Nagorno-Karabakh – a predominantly ethnic Armenian mountainous region – split from Azerbaijan and, with Armenia’s help, fought a bloody war in the 1990s. Amid the ongoing escalation of hostilities, the city now finds itself affected directly by the fighting, which has not happened in three decades.

RT’s Igor Zhdanov arrived at a location in Stepanakert which was hit by fire that apparently came from the Azeri side on Friday evening. He and his crew had to take cover in a bomb shelter after sirens warning of possible shelling were sounded.

The border violence resumed last Sunday, with the warring parties blaming each other for reigniting the armed conflict and claiming to have inflicted hundreds of casualties on each other. Stepanakert has mostly been spared so far, though artillery fire has occasionally hit the city.

Friday marked an escalation for Stepanakert after rocket artillery targeted it on several occasions for the first time during the flare-up. Local authorities said that one person was killed and at least 11 injured, while many buildings were damaged, including the headquarters of the city’s emergency rescue service.