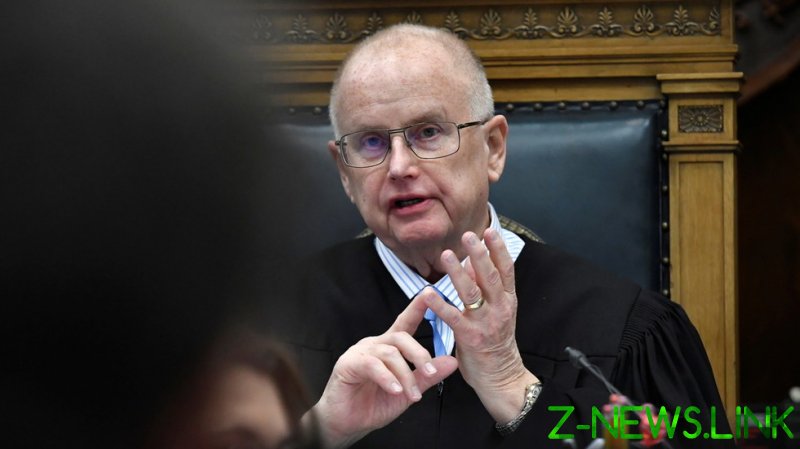 “I have instructed that no one from MSNBC news will be permitted in this building, for the duration of this trial,” Judge Bruce Schroeder said on Thursday. Following a jury bus is an “extremely serious matter and will be referred to the proper authorities,” he added.

Schroeder identified by name both the producer and his supervisor in New York, and said the man was detained by Kenosha police on Wednesday night, after he ran a red light in pursuit of a bus transporting the Rittenhouse jury.

Kenosha PD said that a person “alleging to be affiliated with a national media outlet” was “briefly taken into custody and issued several traffic related citations.” They suspect that he was attempting to photograph the jurors, but there was “no breach of security regarding the jury, nor were there any photographs obtained.”

According to MSNBC’s parent company NBC, the man was “a freelancer” whose traffic violation “took place near the jury van,” but the company insisted he “never contacted or intended to contact the jurors during deliberations, and never photographed or intended to photograph them.”

“We regret the incident and will fully cooperate with the authorities on any investigation,” NBC added.

The jury has been deliberating since Monday evening, under pressure from both national media coverage of the trial and protesters outside the courthouse demanding a conviction.

Rittenhouse, 18, was charged with murder and reckless endangerment for shooting three participants in the August 25, 2020 riot in Kenosha, two of them fatally. His attorneys argued he acted in self-defense and have moved for a mistrial, accusing state attorneys of prosecutorial misconduct in a matter related to video evidence.