WATCH: Rally car comes INCHES from crashing into spectators in terrifying near miss in Russia 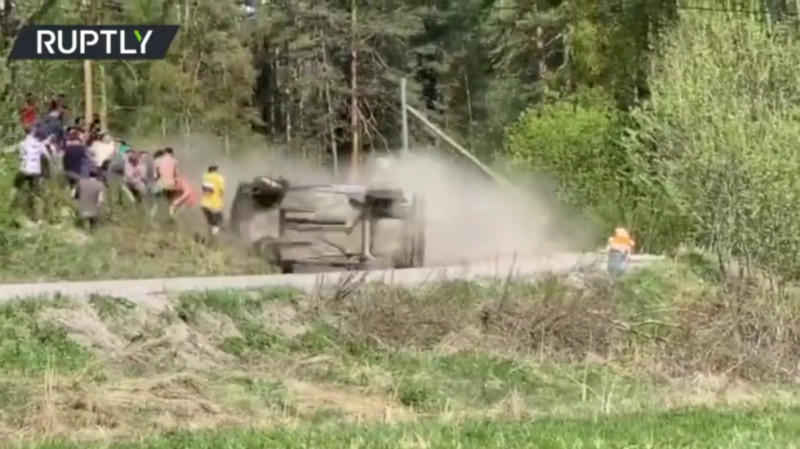 The worrying scenes happened at the ‘Picnic’ rally in Russia’s northern Leningrad Region, where driver Oleg Lozinsky misjudged a turn at high speed.

Already skidding as he approached a bend packed with spectators, Lozinsky’s VW Golf clipped the side of the slope before spinning violently into the air, narrowly missing the crowd of fans.

After the car came to rest on its wheels, spectators rushed to check that the crew and bystanders were unharmed.

There were no reports of serious injury, although Lozinsky is said to have sustained a concussion while his navigator escaped unhurt.

The driver himself questioned the positioning of the spectators on the route.

“We need to ask the organizers why there is no safety control on the track,” Lozinsky was quoted a saying after footage of the crash was widely shared online.

“When I came to my senses, I saw that after the accident, people continued to stand in the same place. I showed the video [to the organizers of the rally].

“They saw everything, but there was no reaction from them… I’m just glad no one was hurt,” he added.

Perhaps unsurprisingly, Lozinsky’s Golf is said to be a write-off after the smash, although most will be thankful that more serious damage wasn’t done.