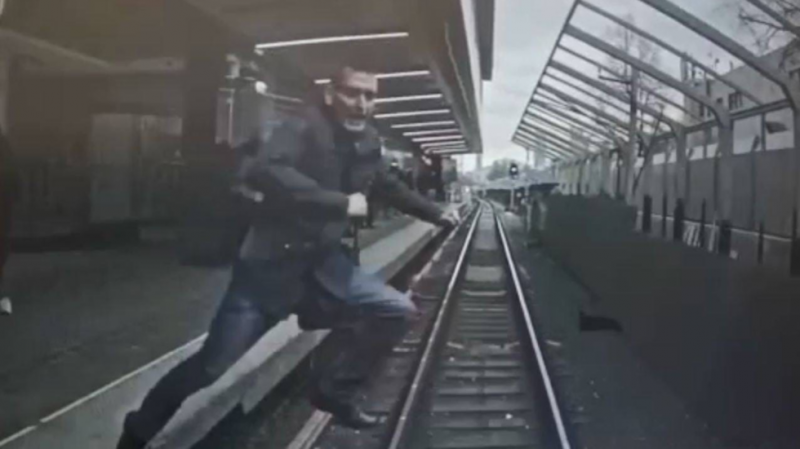 The bizarre incident occurred at a metro station in Russia’s capital city on Sunday afternoon. Footage circulating online shows the man suddenly jumping in front of the train as it’s arriving at the station.

“The driver of one of the trains engaged emergency brakes over a man in tracks at the Filyovskiy Park station. The passenger was promptly lifted onto the platform by the metro staff,” Moscow metro’s press service said in a statement, as quoted by RIA Novosti.

Thanks to low speed – the train had already passed through part of the platform – as well as quick reflexes of the train driver, the man did not appear to have suffered any serious injuries. Footage shared online shows him grazing the train’s windshield at a very low speed, falling on the side of the tracks as the vehicle stops.

While it was not immediately clear what prompted the incident, a still shot from the train’s dash cam circulating online suggests the man deliberately jumped in front of the oncoming train. Regardless of his motives, the stunt will likely mean legal troubles for the man, since disrupting metro operations is punishable by heavy fines.