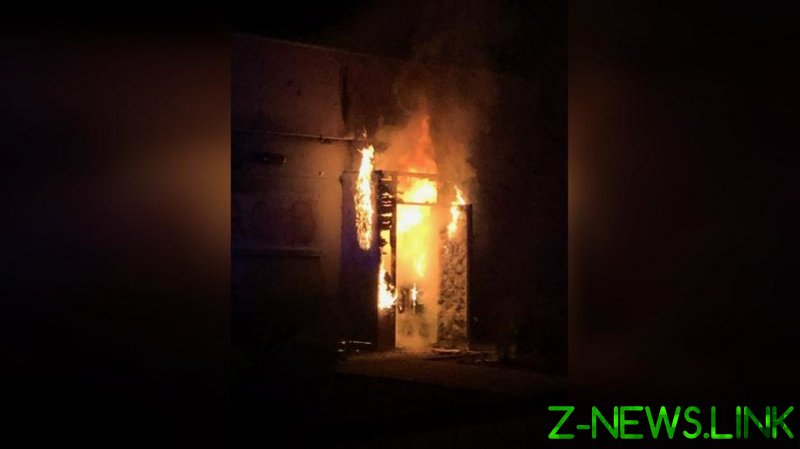 Around 100 demonstrators on Tuesday night gathered at a nearby park before marching to the Portland Police Associate (PPA) building, the city’s police force said.

Protesters launched fireworks and used vehicles to block adjacent roads. Portland police issued numerous warnings over a loudspeaker telling the crowd that they needed to allow traffic to move through.

Instead, the situation escalated. According to Portland police, the protesters lit a fire at the back of the union office, possibly in a garbage can. Other members of the group were seen using accelerants on a door as flames began to engulf part of the building.

Videos posted to social media show an inferno raging in front of the entrance to the building as officers arrived at the scene.

Police declared a riot and ordered the crowd to disperse. At least one arrest was made.

The blaze was later extinguished by the city’s fire department.

The chaos was part of a “direct action” event demanding justice for Wright, who was shot by Minneapolis police during a traffic stop and later died. On Monday night, demonstrators clashed with officers outside of a police station in Portland after a vigil for the 20-year-old descended into violence. Police said demonstrators threw bottles, rocks, and fireworks at the officers as they attempted to break into the building.